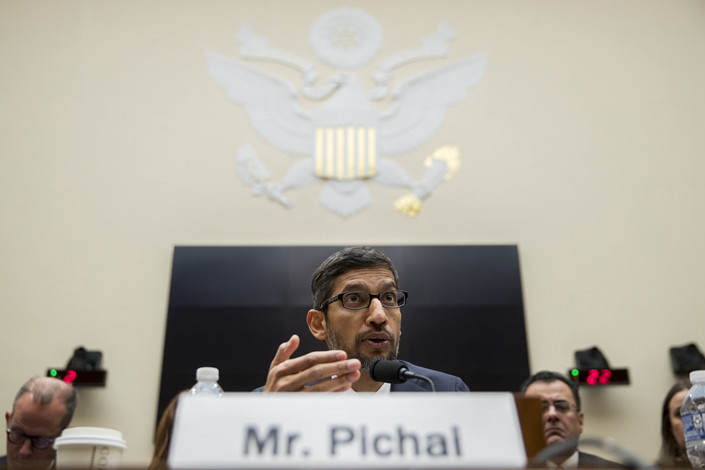 (Bloomberg) — Google Chief Executive Officer Sundar Pichai, responding to a question from Congress on the company’s potential return to China, said access to information is an important human right, rebutting criticism from lawmakers and some of Google’s own employees.

Pichai has been under pressure from politicians, activists and staff to stop building a filtered search engine for China. The company has said it’s not close to launching such a product, although details of the project were exposed by media reports earlier this year.

Late on Monday, a coalition of human rights groups asked Google to commit to not working with the Chinese government on filtering and surveillance.

"Right now, we have no plans to launch in China," Pichai said during a congressional hearing on Tuesday. "We don’t have a search product there. Our core mission is to provide information to users. Getting access to information is an important human right."