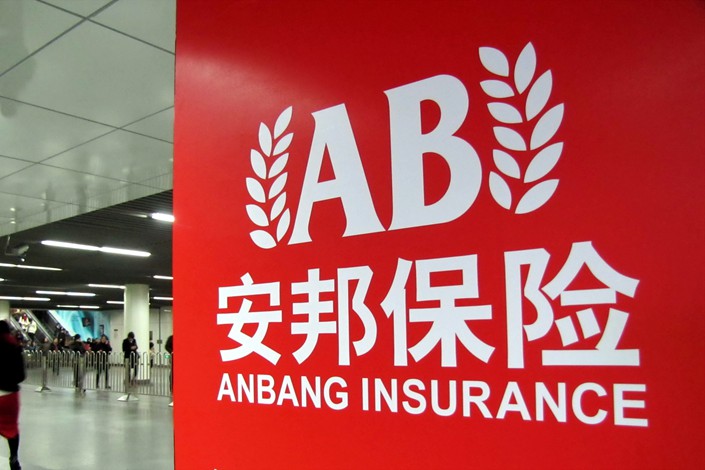 China’s Anbang Insurance Group Co., whose founder was imprisoned after the government took over the company earlier this year, has put its controlling stake in a rural bank up for sale to comply with regulations.

The embattled financial conglomerate is asking 16.8 billion yuan ($2.44 billion) for its 35% stake in Chengdu Rural Commercial Bank, according to a filing with the Beijing Financial Assets Exchange on Wednesday. The listing period will end Jan. 9, 2019, according to the filing.

The price tag of 16.8 billion yuan represents nearly a 20% premium over the bank’s net assets as of the end of 2017. Some people close to the bank said the listing price is relatively high, citing an unclear amount of non-performing assets in the bank related to Anbang.

Several state-owned enterprises as well as prominent private companies such as e-commerce giant Alibaba Group Holding Ltd. are said to be interested in buying the bank stake, Caixin has learned. A consortium led by the government and some private enterprises is most likely in talks to buy the stake, multiple sources told Caixin.

Chengdu Rural Commercial Bank was a major contributor to Anbang’s consolidated assets and an important funding tool for its overseas acquisition spree. The bank had total assets of 705.6 billion yuan as of the end of 2017 and a net profit of 4.55 billion yuan last year.

The government team now in charge of running Anbang has found a host of opaque entanglements between Anbang and Chengdu Rural Commercial Bank in connection with Anbang’s overseas asset purchases, Caixin has learned from sources with knowledge of the matter.

Anbang used its deposits at the bank as collateral to get loans from overseas lenders for its offshore subsidiaries, a former employee of the bank told Caixin.

Anbang had a deposit balance of around 150 billion yuan in the bank at the end of each of the last three years, accounting for about 40% of the bank’s total deposits, according to the lender’s annual reports.

Anbang’s takeover of the 35% stake in the bank from the Chengdu government in 2011 also stirred controversy.

Anbang paid 5.6 billion yuan for the holding, a price lower than the market’s expectations. To make it seem like a takeover with premium, Anbang had the evaluation agency provide a lower net asset valuation. After the takeover, Anbang was able to consolidate the bank into its financial statements at a time when its own assets were a fraction of the lender's.

The deal was done with the help of Li Chuncheng, a top Communist Party official at that time, who was later sentenced to prison for graft.

Anbang has been seeking a buyer for the stake since July. Some potential buyers, including government-backed financial groups in Sichuan province, where the bank is located, had shown interest.

After Anbang’s founder and former Chairman Wu Xiaohui was probed on fraud and embezzlement in March, the regulators sent a risk monitoring team to the Chengdu bank. The team found questionable transactions in the bank’s interbank business involving as much as 2 billion yuan, people close to the investigation told Caixin.