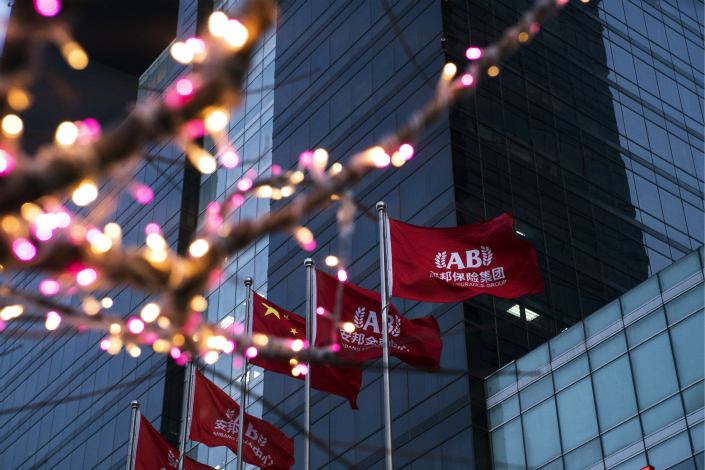 Troubled insurer Anbang has disputed foreign media reports that it is planning to sell off its overseas assets. Photo: VCG

The government team in charge of running the country’s third-largest insurer said in a statement released Monday night that “Anbang does not have any plans to sell off its overseas assets, nor does it have a concrete timeline for optimizing assets it holds.”

The interim management group said it is currently conducting a comprehensive assessment of Anbang’s assets, and that soliciting opinions from professional third-party institutions is a “normal part of the process.”

“Some foreign media outlets have read too much into the situation, providing inaccurate information to the market,” the statement said.

Overseas media, including the Financial Times and Bloomberg, reported earlier that China International Capital Corp. and UBS Group AG have been appointed by regulators to advise Anbang on unloading its assets, citing people with knowledge of the matter.

Founded in 2004, Anbang transformed from a car insurer with registered capital of 500 million yuan ($78.2 million) to a conglomerate with 2 trillion yuan in assets, including New York City’s luxury Waldorf Astoria hotel.

Its expansion was fueled by lax oversight in the sector that allowed insurers to raise money through investment products packaged as life insurance policies. Anbang founder and then-Chairman Wu Xiaohui was also able to leverage his political connections gained through his marriage to the granddaughter of late Chinese leader Deng Xiaoping.

But Anbang’s fortunes turned when the government started to investigate the company in early 2017. Later in June, Anbang said in a statement that Wu could not perform his duties due to personal reasons. Earlier this month, the 52-year-old Wu was sentenced to 18 years in prison for fundraising fraud and embezzlement.

Anbang started to offload assets once regulators took control of the debt-ridden company in February. China Insurance Security Fund, a state-run bailout fund for the industry, injected 60.8 billion yuan into the insurer in early April to stabilize its operations and ensure it could repay its debts.

Last week, the insurance giant said it planned to sell its majority stake in Shenzhen-based Century Securities for at least 3.56 billion yuan, the first announcement of a major asset disposal since regulators took control of the company.

Monday’s statement said Anbang is dedicated to promoting the healthy development of its overseas entities, and will comprehensively consider the optimal development plan with consideration to market circumstances, strategic development needs and local regulations.

The statement also said that Anbang has started the selection process for strategic shareholders, and will steadily push forward the process according to plan.

“Currently, Anbang’s operations are stable, its cash flow is ample, and it can honor its insurance policies to ensure policyholders’ legal rights are not harmed,” according to the statement.