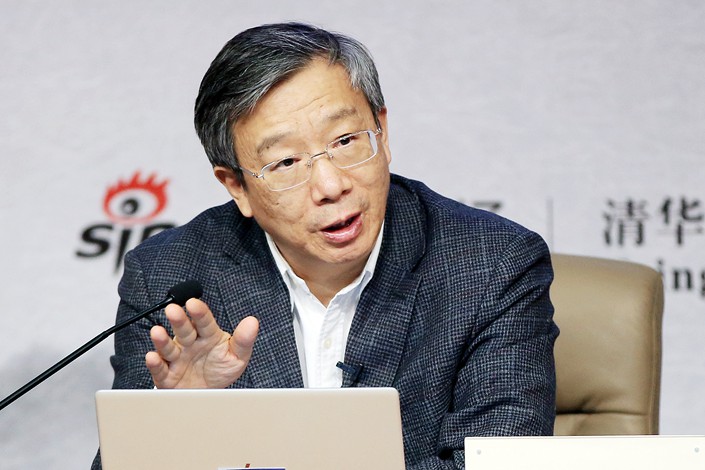 China will flexibly fine-tune monetary policy to take the edge off the effects of the economic slowdown and the government’s debt-control campaign, the central bank’s governor said.

The government will press on with its campaign to lower the economy’s debt ratio and contain asset bubbles, though in a more gradual way, People’s Bank of China (PBOC) Governor Yi Gang said in a speech Thursday.

Yi indicated that policymakers were prepared to shift their focus from deleveraging to supporting growth, saying that authorities would “step in in a timely manner” to stabilize financial markets and shore up confidence whenever external shocks rattle the economy.

The speech, held at Tsinghua University hours after the country’s Politburo meeting signaled the government is aiming to sustain growth to maintain its battle against financial risks in 2019, was widely taken as a signal that authorities will focus more on a pro-growth agenda next year. China’s economic growth slowed to 6.5% in the third quarter, the weakest since the global financial crisis, as the escalating trade war with the U.S. has taken a toll on the economy and shaken market confidence.

Elaborating on the issue of monetary policy, Yi said that the current domestic economy is in a downward trend and needs relatively loose monetary conditions, but they cannot be too loose because lower domestic interest rates could hurt the already-weakening yuan. Policymakers have to pay special attention to the market’s liquidity when adjusting monetary policy, Yi said. So although benchmark interest rates have remained unchanged, authorities have taken measures to ensure funds are available to those who need it.

Yi pointed out that the seven-day repo rate, an interest rate that banks charge each other for short-term loans, has declined to around 2.6% in the second half from 2.7% in the first half.

Turning to the subject of financial risks, Yi said although “shadow banking” is a key area in which risks have accumulated, the term isn’t entirely “negative” because shadow banking can help supplement financial markets “as long as the operation is legitimate.”

Yi’s opinion of shadow banking — the opaque, off-the-books lending that has come under scrutiny for helping local governments take on enormous implicit debts and for undermining stability in the financial system — echoed former central bank adviser Seng Songcheng’s take on the issue in a commentary in August.

This opinion is widely seen as an indication of a more-friendly regulatory tone toward shadow banking as the government campaign to get debt under control has taken a toll on the money supply, making it harder for some companies to get access to loans.

Fran Wang contributed to the report.