Politburo Hints at Priorities Ahead of Key Economic Meeting 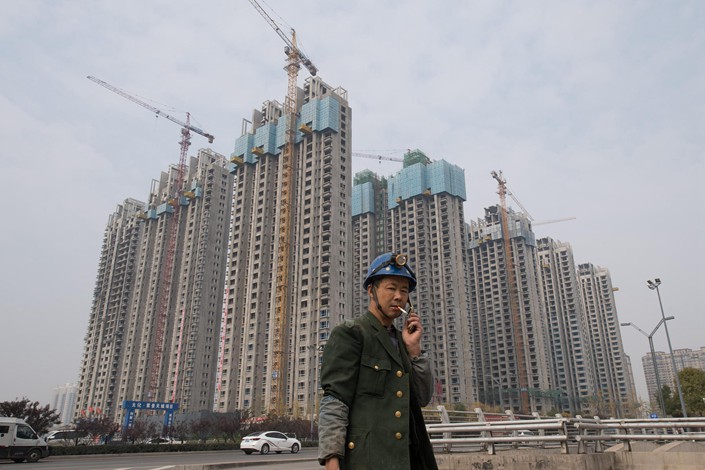 * The Politburo meeting is closely watched for clues to what authorities will discuss at the Central Economic Work Conference, a key event for China’s top policymakers to lay down priorities for economic policy in the coming year

At a Thursday meeting led by President Xi Jinping, the ruling Communist Party’s all-powerful, 25-member Politburo called for greater attention to changes in the international environment and domestic conditions, according to a statement (link in Chinese) published by the official Xinhua News Agency after the meeting. The body also urged efforts to effectively tackle “profound changes” in external conditions, a reference to the trade dispute with the U.S.

The Politburo meeting is closely watched for clues to what authorities will discuss at the Central Economic Work Conference (CEWC), which often takes place days after the December Politburo meeting. The annual CEWC gathering is a key event for China’s top policymakers to lay down priorities for economic policy in the coming year.

The year 2019 could be a challenge for the world’s second-largest economy because of downward pressures at home and strained trade relations with the United States. China and the U.S. agreed Dec. 1 on a 90-day truce for the two sides to negotiate a deal after months of escalating tit-for-tat tariffs.

“We should strengthen coordination and cooperation, focus on major contradictions, maintain the pace and strength of policies, and strive to achieve the best policy mix and the maximum overall effect,” the Politburo said.

China’s economic growth slowed to 6.5% in the third quarter, the weakest since the global financial crisis. The escalating trade war with the U.S. has taken a toll on the economy and shaken market confidence. The Shanghai and Shenzhen stock markets have lost nearly 30% of their value this year, the worst performance in the world.

Authorities have initiated a slew of measures to boost growth including expanding fiscal spending, tax cuts and credit support to the private economy. At a Tuesday symposium with party and non-party officials, Xi said China would stick to a proactive fiscal policy while keeping monetary policy prudent, Xinhua reported.

In a speech in Beijing Thursday, China’s central bank governor Yi Gang said monetary policy will continue to support the economy in the face of increasing downward pressure.

At the Thursday meeting, the Politburo also applauded the achievements of China’s sweeping anti-corruption campaign, calling it an “overwhelming victory.”

According to a recent report by the Central Commission for Discipline Inspection, the party’s top graft buster, 440 officials at the provincial level and higher were punished for graft between November 2012 and October 2017. During the first nine months this year, prosecutors filed 464,000 cases against 406,000 allegedly dirty officials.