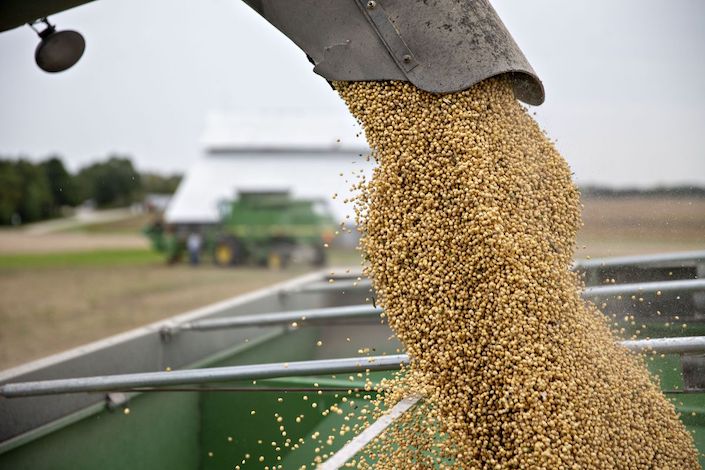 Soybeans are loaded into a grain cart during harvest. Photo: Bloomberg

The soybean market may have just gotten what it’s been waiting for: signs of larger purchases of U.S. supplies from China.

Chinese importers have purchased 1.5 million to 2 million metric tons of American soy over the last 24 hours, the U.S. Soybean Export Council said, citing industry sources. The shipments are expected to occur sometime during the first quarter, Jim Sutter, chief executive officer of the council, confirmed by phone and email. Most of the supplies will be shipped from terminals in the Pacific Northwest.

The council “is encouraged by the news that buyers from China have made purchases of U.S. soybeans,” the group said in an email. “This is obviously positive news for our growers.”

China is making its first sizable purchase of U.S. soy since the two countries began a series of tit-for-tat tariffs. Soybean futures had stayed relatively quiet in the last few days as traders awaited confirmation that big deals were happening. Donald Trump said in an Oval Office interview with Reuters Tuesday that he’d heard China is “buying tremendous amounts of soybeans” from American suppliers.