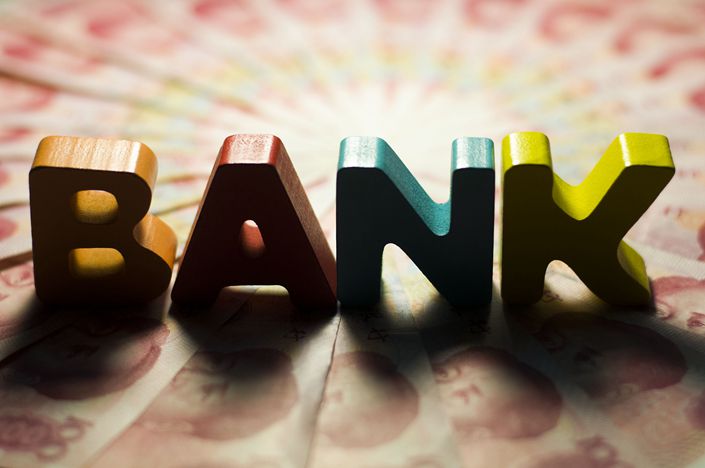 Shadow banking is a reflection of the reality of a market-oriented economy, and it exists not only in China, but in many other countries. Photo: VCG

* The deleveraging campaign has had a visible impact on the money supply, with the growth rate of M2 hitting a record low in June

(Beijing) — China’s shadow banking sector has expanded rapidly over the last few years and money has found its way into highly leveraged sectors such as property through the channels of entrusted loans and trust loans. These activities have caught the attention of regulators who are now focused on bringing them under control.

As a result, the scale of shadow banking business showed a significant decline in the first half of 2018. Data from the People’s Bank of China (PBOC) show that new entrusted loans (in which banks act as intermediaries for companies providing financing to each other) fell by 800.8 billion yuan ($117.4 billion), swinging from an increase of 599 billion yuan a year earlier, and new lending by trust companies shrank by 186.3 billion yuan, compared with growth of 1.3 trillion yuan in the same period in 2017.

But beating the shadow banking business to death is not going to solve the problem of funding for small and midsize companies, whose financing difficulties have long been a pain point.

The so-called shadow banking system in reality consists of banking activities conducted by nonbank financial institutions such as trust companies and securities brokerages. So the lending that takes place, including the entrusted loans and trust loans made, should be seen as neutral.

As I pointed out back in 2014, shadow banking is a reflection of the reality of a market-oriented economy and it exists not only in China, but in many other countries.

Shadow banking in China can be interpreted as the market’s attempt to breach the wall of financial repression, and also its attempt to meet the funding and investment needs of the real economy, enriching the supply of financial products and helping to promote market-based interest rates. Asset management products, such as trust loans and banks’ wealth management products, are seen as the equivalent of bank deposits that carry implicit guarantees. Other products that are more similar to loans bear the hallmarks of shadow banking.

However shadow banking also reflects the perplexities of China’s financial development, as it has been accompanied by problems such as regulatory arbitrage, nonstandard business practices, lack of proper assessment of investors’ suitability for such products, and insufficient information disclosure. In addition, shadow banking has exacerbated moral hazard and increased the vulnerability of the financial system.

So we need to be fully aware of both the role and the risks of shadow banking and guide the development of the industry in the right direction.

The tightening of financial supervision and the national deleveraging campaign have had a visible impact on the money supply and components of total social financing (TSF). The growth rate in the broad money supply, M2, slid to a record low of 8% in June, as almost no other new financing was made apart from bank loans.

The phrase “easy money, tight credit” has been circulating in the market, reflecting the perception that while monetary conditions have been relaxed, credit expansion has been curbed through administrative measures. But this is a misunderstanding. Money is mainly created through lending and there is plenty of lending so credit is not tight. But money is also created through other financing channels and these have been tightened too much, which is what’s led to the tight monetary conditions.

I have emphasized on many occasions this year that, based on the law of diminishing marginal utility, there should be no more tightening of financial deleveraging. As the intensity of deleveraging recedes, the growth in M2 money supply will recover and exceed last year’s increase. The tightening stance we have seen in monetary policy will then shift to a prudent and neutral stance.

PBOC data show that yuan-denominated loans issued in the first half of this year accounted for 96.3% of TSF (the broadest measure of credit in the economy, which includes loans, bond and stock issuance, and shadow-banking activities including trust loans). This percentage is extremely high and abnormal. It shows that of all the available financing channels included in the TSF data, new yuan loans were the only channel funding the real economy, with the others not being used effectively. But from a risk perspective, bank loans are just not suitable for all corporate financing needs.

There has been a sizable decline in undiscounted bankers’ acceptances (notes issued by banks that promise to pay a fixed sum of money at an agreed future date), which is also abnormal. These bills are guarantees provided by banks to support corporate funding and often reflect the actual financing needs of enterprises, especially small and midsize companies.

To make real progress in resolving the funding difficulties of these companies, the government needs to strengthen support for smaller enterprises, and treat the private economy and the state-owned economy equally.

There is a world of difference between the financing situation facing private and state-owned companies. This year, many private companies have been struggling to raise money in the bond market even if they have a top AAA credit rating. Small enterprises raised only 34.5 billion yuan from selling bonds in the first six months this year, a drop of 39.8% on the 57.29 billion yuan raised in the same period last year. It’s also difficult for private enterprises to obtain loans from banks at the same cost as state-owned enterprises, and sometimes they can’t even get a loan.

The root cause of this situation lies in the way bankers are assessed. Under the current evaluation mechanism, individual bankers bear only limited responsibility if a loan to a state-owned enterprise goes bad. But they face far more serious consequences if a loan to a private company turns sour. It’s very difficult to change this situation in the short term, but we need a long-term solution that involves gradually changing the performance evaluation system for bankers.

For small enterprises, getting money is a more serious problem than high interest rates, so it is more important to give them the access to financing even if they have to pay higher rates. The central bank should let banks decide for themselves the rate of interest they charge smaller companies based on market principles. This is market-based pricing of loans is the direction we should be going in.

This year, the central bank has announced three targeted cuts in the reserve requirement ratio for some lenders that aims at increasing lending to smaller enterprises and lowering their financing costs. But to ensure the funds ultimately flow to these companies rather than being channeled elsewhere, the central bank should strengthen its monitoring and follow-up inspections of the flow of funds released by the cuts.

The PBOC has also expanded the type of collateral that banks can offer when they apply for loans through the Medium-Term Lending Facility (MLF) to include the bonds of smaller companies, which should also help alleviate the financing difficulties of these enterprises.

Sheng Songcheng is an adviser to the People’s Bank of China and its former head of statistics.