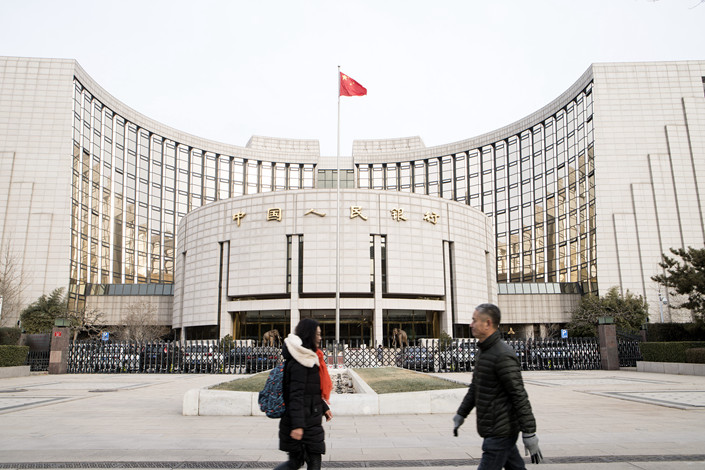 Speculation has flared up that the People’s Bank of China (PBOC) is considering buying stocks. But there are no valid reasons for the central bank to buy shares directly or through exchange-traded funds (ETFs) that track indexes or baskets of stocks.

Under the law that governs the PBOC, the central bank can buy and sell treasury bonds, other government bonds, bonds issued by financial institutions, and foreign exchange on the open market. In theory, there’s no legislative barrier preventing the central bank from purchasing stocks or ETFs. But whichever way we look at it, the PBOC has no reason to undertake such an endeavor.

First, the financial system in China is relatively stable, so there is no need for the central bank to step into the stock market. Among the world’s major economies, only the Bank of Japan has ever bought shares or equity ETFs. There were two reasons for that decision: financial stability and monetary easing. In China, preventing and resolving major risks, especially financial risks, is one of the “three tough battles” proposed by the 19th National Congress of the Communist Party in October 2017. But China’s financial system has been generally stable and although the stock market fell sharply in 2018 and valuations are low, overall it remains in a healthy state. Risks surrounding pledged-share loans have also been dissipated following a slew of measures rolled out by the government in 2018. So there’s no need for the PBOC to participate in the stock market. In addition, the national stock market rescue fund has been able to effectively deal with the risk of stock market volatility, so there is no need for the central bank to initiate a new rescue channel.

Second, any purchase of shares by the central bank would intensify stock market volatility, which would distort prices. Retail investors account for a relatively large portion of China’s stock market and tend to adopt a herd mentality — buying when prices are going up and selling when prices are falling — which aggravates market volatility. If they followed any direct purchases by the central bank, that would create greater fluctuation and disrupt the market’s price-discovery function. It makes no sense for the PBOC to buy ETFs, either index trackers or sector funds. Some people hold the view that central bank stock purchases would offer support to the development of certain industries or sectors. But in our view, such support should rely on other measures such as monetary policy instruments, fiscal policy, and industrial policy, not the direct purchase of shares by the PBOC.

Third, China still needs to adhere to a prudent monetary policy. The central bank has many resources in its monetary policy toolbox including quantitative and price-based instruments, tools that affect money aggregates and structural instruments such as the reserve requirement ratio, open market operations, targeted medium-term lending facility (TMLF), medium-term lending facility (MLF), and pledged supplementary lending (PSL). Using stock purchases as a tool of monetary policy would be wholly unrealistic as each would be held hostage by the other. The Central Economic Work Conference and the PBOC’s annual work meeting have both proposed that monetary policy should remain prudent in 2019 and there should be no flooding of the financial system. But stock purchasing by the central bank would be tantamount to dropping “helicopter money.” This new supply of money would flow to the secondary market rather than to the real economy, which goes against the current orientation of monetary policy. If we look back at what happened after the 2008 financial crisis, it's clear that the results of monetary easing implemented by the Bank of Japan were unsatisfactory, as Japan’s economic problems were structural in nature and could not be solved by flooding the system with money.

Fourth, any central bank involvement in the stock market would encounter regulatory obstacles and would affect the independence of monetary policy. The stock market is a place for individuals and institutions to invest and is regulated by the stock exchanges and the China Securities Regulatory Commission. The commission also controls and coordinates the activities of the national rescue fund. If the central bank intervenes directly in the stock market direct, who would coordinate its activities and who would supervise it? These questions have yet to be answered.

Fifth, the development of a healthy stock market will be determined by the reform of listed companies and the regulatory system. Listed companies require strong management and should strive to become good businesses and large, internationally competitive companies. Capital market reform has a long way to go, and what we need to focus on is how to deepen reforms across a range of issues including listing, trading, and delisting in order to build a healthy capital market.

Sheng Songcheng, the former head of the Financial Survey and Statistics Department at the People’s Bank of China, is executive deputy director of the CEIBS Lujiazui Institute of International Finance. Shen Xinfeng is chief macro-economics analyst at Northeast Securities Co. This piece has been translated from Chinese.