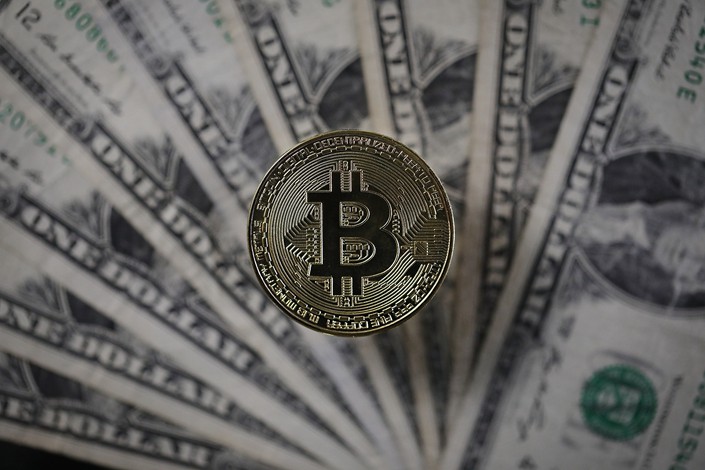 However, no country’s economy is inseparable from changes to monetary policy, which require a centralized institutional arrangement. This is the paradox that the so-called digital currencies bring: People must decide between pursuing currency stability and using monetary policy to regulate the economy.

Recently, stablecoins — digital cryptocurrencies pegged to the value of a legal currency — have caught the attention of the market. On Sept. 10, the New York State Department of Financial Services (NYDFS) gave the OK for the digital asset exchange Gemini Trust and the blockchain company Paxos Trust to issue dollar-pegged stablecoins called Gemini Dollar (GUSD) and Paxos Standard (PSD) respectively.

However, it has been reported that the NYDFS can represent only the attitude of a local regulatory agency within the U.S. and thus the stablecoin cannot be understood as a digital currency officially recognized by the U.S. government. In fact, the Financial Technology Protection Act recently passed by the U.S. House of Representatives has clearly stated that digital currency is not a legal currency, whether or not it is denominated in legal tender. (Editor’s note: The Financial Technology Protection Act also must be approved by the U.S. Senate and signed by U.S. President Donald Trump before it becomes law.)

No cure for volatility

The original goal of stablecoins was to solve the problem of the excessive volatility in the price of cryptocurrencies. Take Tether’s stablecoin USDT as an example. Every time the company releases a USDT, it must deposit the same amount of U.S. dollars in its official account, thus achieving a 1:1 exchange of USDT and U.S. dollars to ensure the security of users’ assets. Therefore, a stablecoin such as USDT is also regarded as “digital dollar.”

But in fact, this distribution model is still based on people’s trust in the U.S. dollar, and almost resembled the way people traded during the “bank voucher” era in the 17th century. The issuer’s credit is even far lower than the early private banks.

Another model is to use digital assets instead of dollars as collateral to issue stablecoins, as MakerDao does. Since digital assets (such as cryptocurrencies) can be enforced through smart contracts, it helps circumvent the moral hazard of private issuers. But this model, while making up for the USDT defect, introduces the risk of volatility of the value of the collateral. Even if the digital assets that exceed the 100% value of the stablecoin are collateralized, it can’t completely solve the issue. For example, bitcoin has experienced a fluctuation of more than 200% in its value in a month. If such assets are used as collateral, the stablecoin will no longer be “stable.”

The third model adopts the algorithm of the central banks: the algorithm automatically adjusts the supply-and-demand correlations of the token on the market, and then stabilizes the price of the token in a fixed ratio with the legal currency. This model is closer to maintaining the stability of the token price through a specific algorithm, but its reliability and controllability have yet to be verified. More importantly, no country’s economy is immune to the adjustment of monetary policy. Under this model, how should one ensure that the monetary policy objectives are in sync with the algorithm for maintaining the stability of the price of the stablecoins?

In addition, it’s far more convenient to redeem stablecoins and other cryptocurrencies than it is the legal currency. The emergence of stablecoins provides a convenient arbitrage tool for the community. For example, people can first convert bitcoin into stablecoins, and when the price of bitcoin falls, they can use stablecoins to trade back more bitcoin and profit from bitcoin’s rebound. It’s hard to say that this is not just another means of speculation.

Furthermore, stablecoins may pose new challenges to cross-border capital management. Because of their anonymity, stablecoins blur the boundaries of the money market. As the virtual currency exchange process may lead to currency transfer, New York state’s highest financial regulator, the NYDFS, has thus intervened, investigated and supervised the issuance of stablecoins.

The paradox of digital currency

There seems to be such a paradox in cryptocurrency. On one hand, people hope that the decentralized technology and the amount restrictions of issuance will ensure the stability of the value of digital currency. On the other hand, people rely on monetary policy to regulate a country’s economic operation, which requires a centralized institutional arrangement. Thus, so far, the digital currency does not seem to take into account both the pursuit of currency stability and the need of monetary policy. This means that people have to choose between pursuing currency stability and using monetary policy to regulate the economy.

Since central-bank currency issuance needs to serve the overall strategy of national economic development, monetary policy bears multiple objectives of maintaining price stability, and boosting employment and economic development, while striking a balance among these goals. Even countries that adopt the “inflation targeting system” maintain a certain level of inflation for a span of only several years, and cannot guarantee that they will not deviate from the established inflation target in the short term.

The pursuit of currency stability has existed for a long time before cryptocurrency emerged. As early as in the 1970s, the gold standard system and the fixed exchange rate system of developed countries were successively abolished, and serious inflation broke out in Western countries.

In order to control inflation, experts at that time began extensive discussions and put forward a variety of ideas. For example, economist Milton Friedman emphasized the importance of controlling the money supply. Monetary policy’s inflation targeting system is clearly influenced by Friedman’s theory.

Also, economist Friedrich Hayek proposed the idea of denationalization of money. His core point of view was to abolish the monopoly of national governments on currency issuance. In his theory, private banks can issue their own currencies, and through market competition, currencies with stable values would stay, whereas currencies with unstable values would be abandoned. The decentralized nature of cryptocurrency also reflects this idea to some extent.

However, although the decentralized blockchain technology provides new opportunities to achieve currency stability, it seems that a solid credit base has not yet been established. The approval from the NYDFS of the stablecoin issuance shows that the current support for stablecoins still comes from the dollar they are pegged to. The value of the U.S. dollar is constantly fluctuating, so it is unlikely the dollar-pegged stablecoins can truly see a value stability, not to mention the deficiencies of cryptocurrencies in terms of monetary policy.

There are actually only two real milestones in the history of currency for thousands of years: the physical currency and the credit currency. The physical currency is characterized by its own intrinsic value, and its value is used to measure the value of the commodity, serving as a medium of exchange. The credit currency itself has no value, but is supported by the state’s credit, as it is the currency circulated by the nation. Behind it is the wealth of the entire society and the commodities that are traded. Therefore, the modern credit currency is a concept closely linked to the state and its economic and social status.

With the advancement of technology, a single banknote has been developed into various forms such as electronic money — which is still endorsed by national credit. The core and foundation of such money have not changed. Obviously, if the digital currency is to become a new milestone, then it should be more than a digitalization of the legal currency.

To really adopt a digital currency may require enormous institutional changes. Monetary policy is one of the major economic policies that almost all countries in the world adopt. No country’s economy is immune to the adjustment of monetary policy. The most basic condition for monetary policy is that the central bank monopolizes the right to issue currency in order to adjust interest rates, exchange rates, prices, as well as employment and economic growth. Countries will not give up monetary policy in the foreseeable future.

This means that the economic and social costs of implementing digital currencies can be extremely high, and can go beyond financial and economic realms and impact globally. Either the global monetary system once dominated by the British pound, or that dominated by the U.S. dollar now, is backed by the country’s strong economic, military, and scientific powers. It is not something that some innovation in a certain field could drive. Technology can drive the changes and advancement of monetary system, but it cannot replace the monetary system itself.

In short, stablecoins can’t solve the paradox of digital currency. What is the significance of issuing digital currency? What are the costs and consequences of issuing such tokens? In this regard, it is necessary to conduct comprehensive and in-depth research and exploration from the aspects of macroeconomic regulation and control, financial and societal status, as well as monetary policy, and so on.