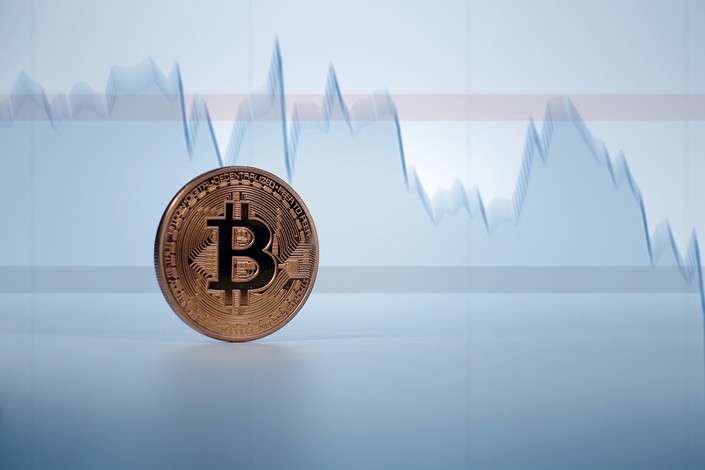 Recent fluctuations in the price of cryptocurrency Tether have been due to an investor sell-off triggered by weakening market sentiment. Photo: VCG

Tether, a cryptocurrency pegged on a one-to-one basis with the dollar, saw its price drop to an 18-month low of $0.92 Monday before recovering, according to data provider CoinMarketCap, showing that distrust in the digital token is growing.

Unlike other cryptocurrencies, which fluctuate over time and can be volatile, stablecoins are pegged to a relatively stable asset such as the U.S. dollar and are therefore seen as more reliable stores of value. A single Tether token can be redeemed for $1, according to the platform.

The recent changes in the price of Tether, which is currently trading at around $0.97, are due to an investor sell-off triggered by weakening market sentiment, Carol Lee, a Hong Kong-based analyst at blockchain consultancy Panony.

“The market has long had a crisis of confidence in USDT’s price peg to $1, and there is a panic that spreads among investors,” Lee said. USDT is the official name of the Tether digital token.

“When the market believes that USDT has become unstable as a stable coin, investors will take other hedging measures, like redeeming for fiat money and other cryptocurrencies or stablecoins,” said Lee, adding that these measures led to the price of Bitcoin, one of the most popular cryptocurrencies, to rise yesterday.

Lee said that the price of Bitcoin on trading platform Bitfinex increased throughout the past week as Tether began to weaken. On Monday, the price of Bitcoin surged from $6,299 at midday in China to $6,965 a few hours later. Bitcoin was trading around $6,597 Tuesday evening.

Despite the recent tumble in its price, Tether is likely to remain one of the most commonly used cryptocurrencies, Lee said. The size of Tether’s market cap — currently around $22 billion — means that it “has remained mainstream, so it’s hard to abandon,” she said.

Part of the reason behind investors’ concern over Tether’s peg to the dollar is the lack of transparency about its actual holdings of dollars. Tether claims to hold deposits equal to the value of its digital tokens in circulation, but the veracity of this claim has been disputed.

Other stablecoin operators are subject to greater monitoring, Lee said. TrustToken’s TUSD regularly discloses its third-party auditing documents, while Paxos’ PAX is under scrutiny by New York’s monetary authorities, according to the analyst.

Ryan Cheng, an analyst at Hong Kong-based blockchain research firm Standard Kepler, believes that whatever happens to Tether, stablecoins will remain a big part of the cryptocurrency market. “Stablecoin has proven its value in the industry. USDT has been the second most actively traded cryptocurrency after Bitcoin for quite some time. Its lack of transparency will only open doors to alternative stablecoins.”

Monetary regulators in the U.S. and China have taken actions to closely monitor the cryptocurrency trade and limit risks. The U.S. Commodity Futures Trading Commission sent subpoenas to Tether in December, Bloomberg reported.

In September 2017, China’s central bank and six other regulatory agencies declared initial coin offerings a form of illegal fundraising and shut down local crypto platforms that facilitated such deals. China-based cryptocurrency exchanges have since moved overseas, mostly to Singapore, Japan and Hong Kong, but continued to serve domestic investors.

Other companies have continued to operate on the mainland by acting as market makers and guarantors in over-the-counter trading, which was not explicitly banned. As a result, China’s share of global crypto transactions has dropped from 90% to less than 5%, according to official figures published last month.