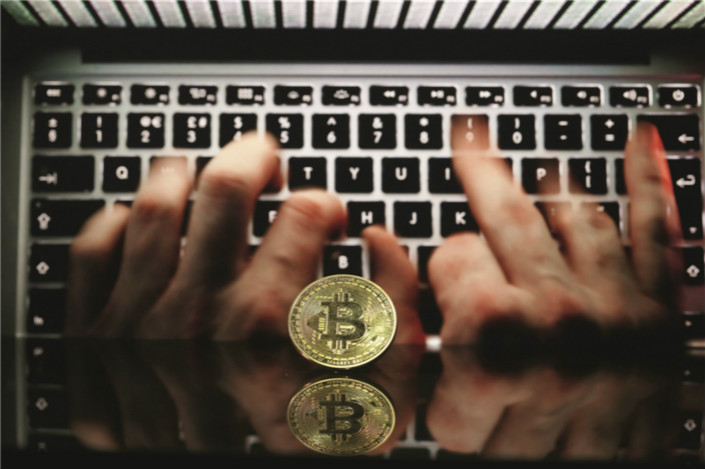 Despite sweeping bans on cryptocurrency fundraising and trading that began last year, Chinese investors have continued to find ways to buy into the volatile and lucrative digital tokens. Photo: VCG

Despite sweeping bans on cryptocurrency fundraising and trading that began last year, Chinese investors have continued to find ways to buy into the volatile and lucrative digital tokens.

Overseas listings and free tokens are just some of the ways that issuers of new cryptocurrencies have found to get around the regulations.

“We are currently pushing the relevant departments to block the IP addresses of overseas exchange platforms,” a person close to the central government agency in charge of controlling risks in the internet finance sector told Caixin.

“The necessary arrests will be made. It doesn’t matter if (the perpetrators) are domestic or overseas. As long as it is financial fraud targeted at domestic investors, we must step in.”

But closing exchanges may have drawbacks.

As blockchain technology continues to grab headlines, investors’ interest in initial coin offerings (ICOs), in which new cryptocurrencies are offered for the first time, has not shown any sign of tapering.

“Blockchain is the biggest bubble in human history,” Cai Wensheng, founder and chairman of selfie app operator Meitu Inc., said on social media in February. “But we can only embrace the bubble because the greatest risk is in not participating.”

Just a day after his remarks, a new digital token linked to Meitu saw its shares rise as high as 4,000% on its first day of listing, but drew scrutiny because of its highly concentrated ownership. By giving away coins for free, Beauty Ecosystem Coin (BEC) was able to get around bans on ICOs issued in September.

Variations on the ICO

Many variations on ICOs have emerged in recent months. “Airdrops,” as epitomized by BEC, in which coins are given away for free, are one example.

Industry watchers told Caixin that giving away free tokens is one way to get around being labelled an ICO while at the same time generating enthusiasm for new tokens through a newly formed user base.

Giving away tokens may be a precursor to fundraising or a “pump and dump” scheme, in which initial holders inflate the price of an asset through false or misleading statements and then sell off their stakes, insiders told Caixin.

Another variation on the ICO is initial mining offerings (IMO), where investors contribute to mining new cryptocurrencies. In January, however, the National Internet Finance Association of China (NIFA) called out IMOs as a form of disguised ICOs.

“With the gradual phasing out of ICO projects nationwide, Initial Miner Offerings, represented by the token Lianke (formerly known as Wankebi) issued by Xunlei, has emerged as a potentially risky model that warrants vigilance,” NIFA said in a statement.

Users can get Lianke coins by offering Xunlei their idle bandwidth. The coins can then be traded for services provided by Xunlei such as games and live broadcasting.

The NIFA said that Xunlei was effectively substituting Lianke “for the duty to pay back project contributors with legal tender, making it essentially a financing activity and a form of disguised ICO.”

There can be multiple layers of intermediaries, who may not be only individuals, but also teams, media organizations and even cryptocurrency exchanges. Many carry out classic “pump and dump” schemes. For example, the issuer may offer their tokens to funds or celebrities for a discount, who in turn promote these tokens to retail investors before disposing of their own stake after the price has been driven high from increased interest.

Regulators need to target these intermediaries as well as self-media that are paid or incentivized to fuel interest in projects, said Xu Zewei, vice chairman of the Beijing Internet Finance Industry Association.

There are, however, voices that support investment in ICOs.

"Why can’t the average investors participate in angel investing like venture capital firms and have the opportunity to make a fortune overnight?” asked one retail cryptocurrency investor.

Huang Lianjin, former chief blockchain specialist at telecommunications giant Huawei, said, “The biggest difference between the technology revolution brought about by cryptocurrencies and the blockchain and previous technological revolutions is that more retail investors can participate.”

Some are frank about what they hope to achieve

Guo Hongcai, a former butcher who made a fortune overnight through cryptocurrencies, once said, “I’m only here to earn money. Empty talk about technology does not interest me. …Blockchain’s biggest application is speculation on coins.”

Others argue that only qualified investors should take on the level of risk associated with cryptocurrencies.

Some ICOs in the U.S. are open only to accredited investors that have either a net worth over $1 million or earned income that exceeded $200,000 in the previous two years

“Cryptocurrencies as represented by bitcoin is the first asset bubble on a global scale,” said David Zou, vice president of daily operations at the Nanhu Internet Finance Institute.