China Vows to Open Up Wider to World 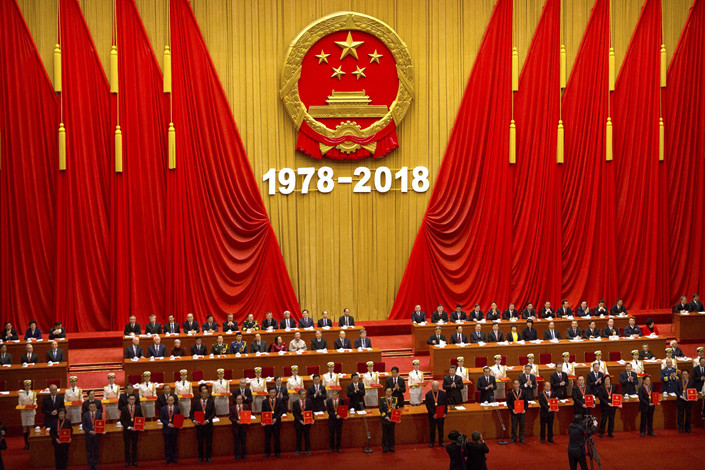 A celebration marks the 40th anniversary of China's reform and opening-up policy at the Great Hall of the People in Beijing on Tuesday. Photo: VCG

(Xinhua) – President Xi Jinping Tuesday underlined China's commitment to opening up wider to the world and promoting joint efforts to build a community with a shared future for humanity.

"China cannot develop itself in isolation from the world, and the world needs China for global prosperity," Xi said.

"Bearing in mind China's internal and international imperatives, we have stayed committed to the fundamental national policy of opening-up, followed a proactive approach to opening up, and entered a new stage of comprehensive, multi-level and wide-ranging opening-up, thus creating a sound international environment and broader development space for China," he said.

China's development has provided successful experience and offered a bright prospect for other developing countries as they strive for modernization, representing a great contribution of the Chinese nation to the progress of human civilization, Xi said.

Wang Huning, a member of the Standing Committee of the Political Bureau of the Communist Party of China (CPC) Central Committee, read a decision to award the personnel who have made outstanding contributions to the country's reform and opening-up.

The people are "the creators of the great wonder of reform and opening-up" and "the source of power" to drive the campaign started 40 years ago, Wang said.

According to the decision made by the CPC Central Committee and the State Council, 100 Chinese were awarded the medals of reform pioneers and 10 foreigners were honored with China reform friendship medals.