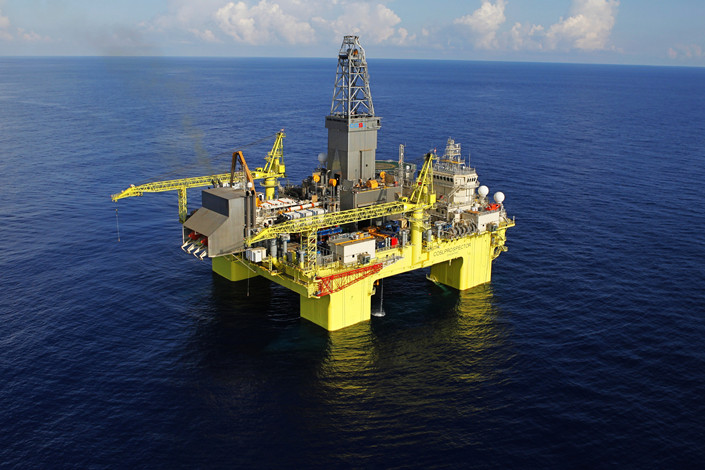 * The two exploration zones, in the south of Guangdong province, will cover a combined area of 64,000 square kilometers (24,700 square miles)

* CNOOC is expected to ramp up its spending to support its goal of increasing domestic production from 1.3 million barrels of oil per day to 2 million barrels

China’s thirst for oil and gas is expected to reach record levels this year, as the petrochemical sector booms and Beijing tries to reduce its energy reliance on highly polluting coal. But surging demand has left the country highly dependent on imports. CNOOC and other majors have been told to produce as much in China as possible, the deputy general manager of CNOOC’s strategy department said at an industry event last week.

CNOOC is turning to international companies for help reaching this goal. The same day that President Xi Jinping made a speech on 40 years of China’s reform and opening-up, CNOOC announced (link in Chinese) a strategic cooperation agreement with nine companies, including Royal Dutch Shell PLC, Chevron Corp. and ConocoPhillips Co., to explore oil and gas resources in the Pearl River Mouth Basin, in the south of Guangdong province.

The announcement was short on details, but the two exploration zones will cover a combined area of 64,000 square kilometers (24,700 square miles). The deal does not carry a firm commitment to sharing profits from deposits discovered, but it “will help the parties to establish long-term and stable cooperative relations,” the statement said.

The area for exploration is part of the South China Sea, a vast region where previous Chinese efforts to explore oil and gas reserves have triggered strong protests from other countries with claims to the waters such as Vietnam and the Philippines. However, the current development plans appear to involve areas undisputedly in China’s control.

“Should these Strategic Cooperation Agreements progress into full exploration contracts, CNOOC will retain operatorship. We expect the company to raise its domestic exploration spend and become more active in terms of exploration in 2019,” said Andrew Harwood, the research director of consultancy Wood Mackenzie. “The Pearl River Mouth Basin is believed to hold significant deepwater gas and shallow-water oil potential, and Wood Mackenzie expects the majority of future exploration investment to target this area.”

CNOOC is expected to ramp up its spending in the years ahead in support of its goal of increasing domestic production from 1.3 million barrels of oil per day to 2 million barrels. In October the company announced that it will miss its spending target of 70 billion yuan ($10.15 billion) to 80 billion yuan in 2018 due to delays at several projects. A substantial increase is expected next year, according to company insiders.

In November, CNOOC reported a third-quarter net profit of 49.8 billion yuan, up 33.4% from the same period a year earlier, its Hong Kong filing stated. It marked the company’s strongest third-quarter performance since 2015.