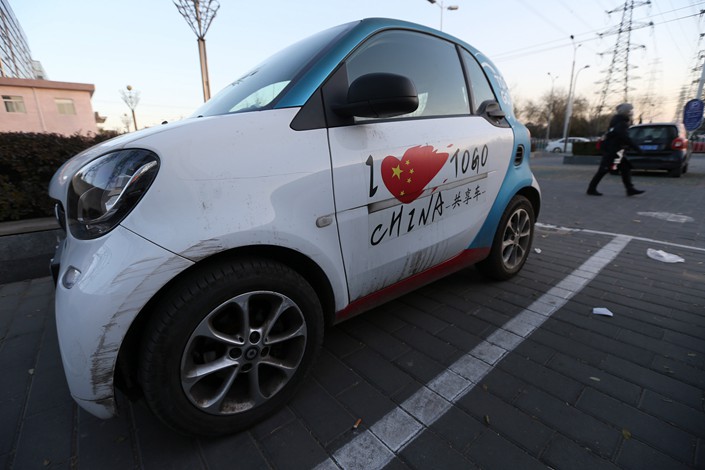 Didi can’t seem to keep its passengers safe. Ofo may be close to bankruptcy. And users all around are struggling to get their deposits back.

In the latest chapter in this unfolding drama, angry customers stormed the Beijing headquarter of Togo, one of China’s earliest players in car-sharing, to demand the return of their 1,500 yuan ($218) deposits, Sina reported.

The users damaged potted plants, and attempted to take away office computers as collateral, as they suspect that many of them will not get their money back until, at best, March, as Togo only processes 15 refund requests per day.

It’s unclear how many users have filed for refunds, and there is no public information on Togo’s fiscal performance, apart from a funding round worth of tens of millions of dollars in October.

Togo’s heavy expenditures on cars and operations may be a key reason for the suspicious cash crunch. The company withdrew from Nanjing in September.