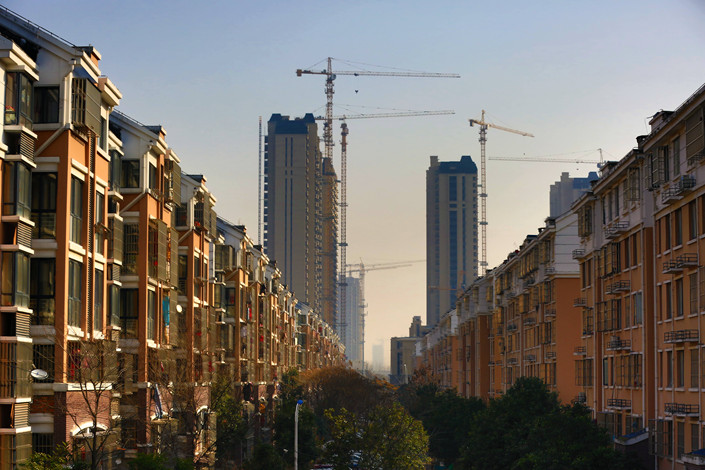 * Ministry said the government will continue to keep a lid on speculation, but will allow different cities to implement different policies

* Statement struck a similar tone to that of the three-day Central Economic Work Conference, which wrapped up on Friday

(Beijing) — China’s Housing Ministry has softened some of the language in a statement laying out the direction of policy for the real estate market next year.

While vowing to maintain policies that keep property market risks at bay, the statement from the Ministry of Housing and Urban-Rural Development on Monday offered a shift in tone that indicated the government might be open to loosening tough restriction on the once-red-hot market at a crucial juncture for the economy.

For example, the statement (link in Chinese) did not include some of the tough language present in last year’s release, such as the government’s aim to “adhere to the regulatory target unwaveringly and without any relaxation.”

Although the statement said the government will continue to keep a lid on speculation, it will allow different cities to implement different policies, noting that local governments should be responsible for their own property markets.

“The ministry put more emphasis on the authority of local governments. … Considering the recent changes in Heze, Zhuhai and Guangzhou, we think the central government will give the local governments more leeway to implement polices based on their own circumstances,” according to a report by brokerage Northeast Securities Co. Ltd. on Tuesday.

Heze, a small city in East China’s Shandong province, rolled back restrictions earlier this month that barred local residents from selling their homes for two years, and nonlocal buyers from selling for three years. Analysts said the Heze government’s changes sparked speculation that central government efforts to cool the market may have outlived their usefulness, and Heze could serve as a role model for cities in the rest of the country. Following Heze’s example, the southern city of Guangzhou in Guangdong province also loosened its grip on local property markets.

The real estate market remains a crucial driver of economic growth in China. Infrastructure construction, tax cuts and encouraging consumer spending are not enough to overcome the downward pressure on the economy, brokerage Huatai Securities Co. Ltd. said in a report on Friday.

The ministry’s statement struck a similar tone to that of the three-day Central Economic Work Conference, which wrapped up on Friday. After the conference, the central government announced it will continue to restrain speculative investment in real estate and take different measures in different cities to do so.

The Housing Ministry also said its regulations for next year will focus on “stabilizing land prices, home prices and (market) expectations.”