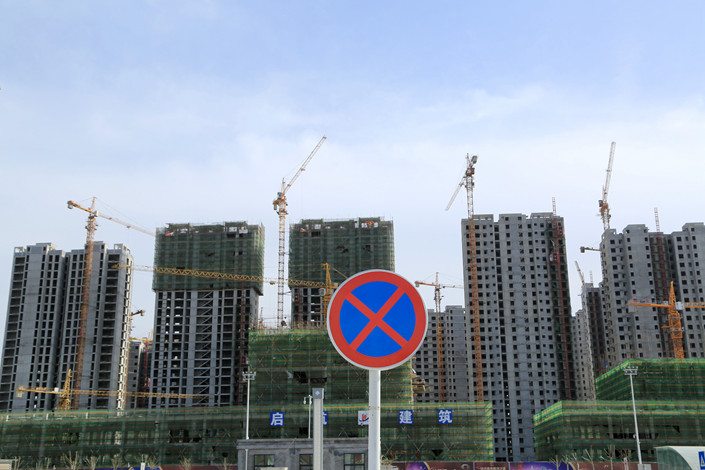 A small city in eastern China is lifting a rule that prohibits homeowners from selling their properties for at least two years after the purchase date, making it one of the first cities in the country to roll back regulations designed to stop speculation in the once-blazing real estate market.

The cancellation of the rule in Heze, Shandong province, could herald property market deregulation elsewhere in the country, analysts said, sparking speculation that government efforts to cool the market may have outlived their usefulness as the economy slows.

In a bid to boost growth in its property market, the Heze government announced Tuesday that it is rolling back restrictions that bar local residents from selling their homes for two years and prohibit nonlocal buyers from selling for three years, according to a notice (link in Chinese) on the local government’s website.

Heze’s restrictions on home sales were part of the central government’s nationwide efforts to rein in the country’s once-overheated real estate market. These restrictions are widely considered to have succeeded in clearing out speculative investments, said Zhang Dawei, chief analyst at the Centaline Property Research Center.

Zhang said that Heze is among the first cities in the country to roll back a rule that restricts when buyers can sell their homes, and it could serve as a role model for cities in the rest of the country. More than 90 cities across China have implemented similar rules for home sales, he said.

“The restrictions on property sales are meant to combat speculation. Once they are canceled, it will have a huge impact on the market,” Zhang said, adding that the rules should remain in place.

Heze is home to several large shantytown redevelopment projects that have helped drive up property prices. Under present circumstances, if speculative property investment is encouraged, it will undermine the government housing goals, Zhang said.

Other analysts also see more property deregulation on the way.

Property policies were conspicuously left off the agenda at recent meetings of the Politburo, a committee of the 25 most senior Communist Party members. Analysts saw this as a subtle sign that the central government intends to relax controls over the property market. These Politburo meetings, organized to discuss the nation’s economic matters, are often held days before the annual Central Economic Works Conference, which sets economic policy for the following year.

“Perhaps the central government is satisfied with the overall effect of the property controls, so they didn’t mention them at the meetings,” an executive of a leading property firm told Caixin. “At least we may not see more rules to rein in the sector in the near future.”

Despite the cooling outlook, regulators have shown little sign of loosening their grip on the market. A state media commentary (link in Chinese) in October said that “speculative buyers should not hold any illusions that regulations will be relaxed due to the downward pressure on the economy.”

Wang Jing contributed to this report.

A previous version of this story incorrectly stated that Heze was the first city in China to roll back restrictions on home sales. It was just among the first.