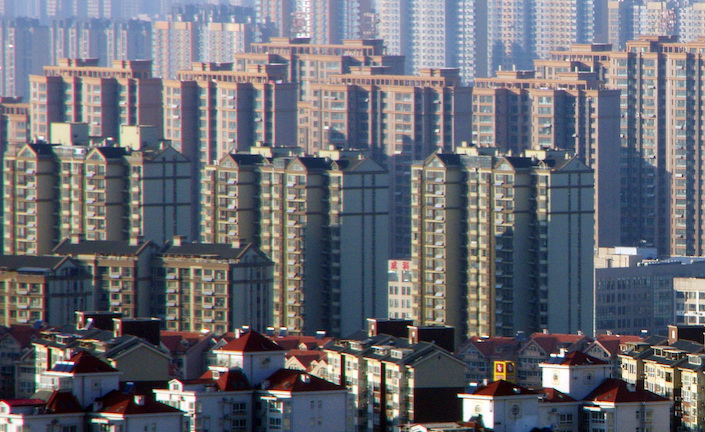 As property prices fall and developers brace for winter by offering discounts, regulators have shown no sign of loosening their hold over China’s real estate market.

A commentary (link in Chinese) published on Monday by the Xinhua News Agency, the state press agency, reiterated regulators’ resolve to rein in once-out-of-control property prices.

“The government will not lose its resolve to curb growth in property prices,” said the author, a Xinhua reporter, in another sign that authorities are holding fast to their market controls.

In July, the Communist Party’s Politburo issued an order to “resolutely curb the increase in home prices.” The following month, the Ministry of Housing and Urban-Rural Development sent out a warning that local governments would be held responsible for failing to meet price control targets. Monday’s Xinhua commentary said that the ministry will continue its strict oversight over local governments to reinforce such control.

As a result, local governments across China have introduced over 250 different real estate policies in the first seven months of this year, 80% more than in the same period in 2017, according to Centraline Property Agency, a realtor.

The increased scrutiny has sent a chill through the market. During the weeklong national holiday in early October, sales in 31 cities dropped 27% from a year earlier, according to Shanghai-based property consultant CRIC. That was on top of a 63% slump in 33 cities in 2017.

“We’ve arrived at the inflection point and the market outlook has really turned,” a manager at a leading real estate developer told Caixin earlier. About one-third of new properties on the market around the country have already experienced some kind of price reduction, the manager said.

As the market sentiment continued to weaken, many real estate developers have had to cut prices. In August, Evergrande Group, a leading developer, launched a nationwide sales promotion, offering discounts of nearly 9% on about 650 developments in 280 cities across the country. Other developers, including Hong Kong-listed China Overseas Land & Investment Ltd., Times China Holdings Ltd. and Shenzhen-listed China Vanke Co. Ltd., have also offered discounts, which have become commonplace. “We are likely to see discounts of more than 10%,” CRIC said in a report in September.

Sales are not doing well either. By the end of June, only half of the 20 top real estate enterprises have made it halfway to meeting their annual sales targets, the report found.

The cooling real estate market, especially in second- and third-tier cities, however, “shows that the tightened scrutiny has scored significant results by creating a more stable market,” the commentary said.

“There has been some noise in the market that the downward pressure on economic growth would prompt the government to relax real estate regulations,” the author said. “But at this critical time when the market-curbing policies are gradually being transformed into a comprehensive strategic regulatory system, the government will not relax established policies or allow a rise in home prices.”

“Houses are for people to live in, not to speculate on,” the commentary said — echoing a phrase used by President Xi Jinping at the high-profile 19th National Congress of the Communist Party in 2017 — adding that property speculators should “forget their fantasy of exorbitantly high property prices.”

Tougher regulations and the falling sales have added to the burdens of property developers already under pressure from another prominent government campaign to get corporate debt under control. The campaign has gradually made it more difficult for home buyers to come up with down payments and get approved for mortgages.

With the government trying to keep a lid on both leverage and home prices, it’s going to be difficult for money to flow into the property market, CRIC analyst Xiao Wenxiao said.