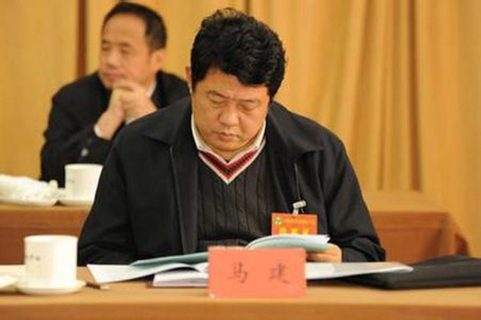 A court in China sentenced Ma Jian to life in prison Thursday, three years after the controversial former vice minister for state security came under investigation for corruption.

Ma was convicted on charges including bribery and insider trading, according to the Dalian Intermediate People’s Court. All of Ma’s personal assets will be confiscated. He pleaded guilty and will not appeal, the court said (Link in Chinese).

Since 2006, Ma had been the vice minister of China’s ministry of state security, which oversees foreign and counterintelligence operations. He was put under investigation in 2015 and removed from the post one year later.

The investigation of Ma was linked to one of China's most-wanted fugitives, Guo Wengui, a property tycoon who fled China in 2014.

According to a court statement, Ma used his power to help Guo and Guo’s property company, Beijing Zenith Holdings, to gain business favors between 1999 and 2014, and he received bribes totaling 109 million yuan ($15.8 million).

Between 2008 and 2014, Ma sent national security officials to threaten shareholders of Minzu Securities to assist Guo’s company in taking control of the brokerage house. Ma and his family gained more than 49 million yuan through insider trading related to the deal, the court found.