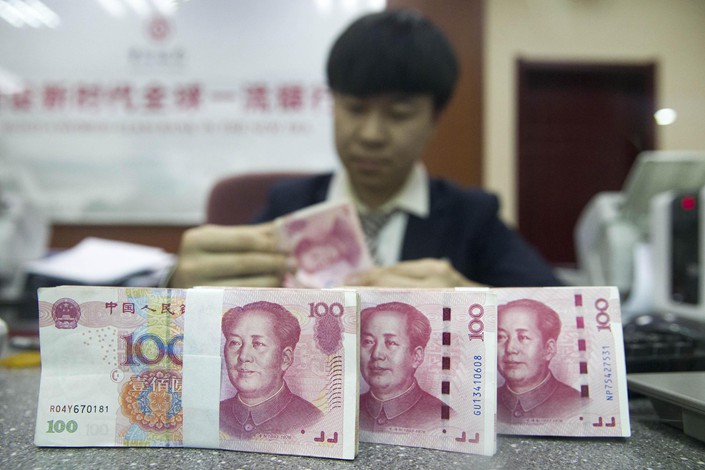 China’s central bank announced Friday that it will cut the amount of money that banks have to hold in reserve, releasing a net 800 billion yuan ($116.5 billion) into the financial system this month to ensure an ample supply of cash ahead of the Lunar New Year holidays.

The People’s Bank of China (PBOC) plans to cut the reserve requirement ratio (RRR) twice this month, once on Jan. 15 and once on Jan. 25, for a total reduction of 100 basis points.

In a separate explanatory filing on its website, the PBOC emphasized that it was not altering the “prudent” stance of China’s monetary policy. “The cut should be seen as a targeted adjustment, as opposed to flooding the financial system,” it said.

About half of the released liquidity, 700 billion yuan of the 1.5 trillion yuan, will offset the contractionary effect of injections under the Medium-Term Lending Facility (MLF) that expire by March. The cut is also intended to “reduce financing costs” for banks and the real economy, the central bank said.

The announcement came just hours after Premier Li Keqiang promised to cut the RRR and lower taxes and fees to help the country’s private firms. China will step up “counter-cyclical adjustments” of macro policies, and encourage banks to take advantage of tools including tax cuts and targeted RRR cuts to support the financing needs of private enterprises, according to a government statement.

The central bank also said that the cut “could increase funding sources for the real economy,” mentioning small and private businesses in particular. That jibes with the government’s economic policy priorities laid out in the December Central Economic Work Conference (CEWC).

China cut the RRR four times in 2018 in the face of growing economic headwinds. The ratio now stands at 14.5% for the largest banks and 12.5% for smaller lenders.

“Banks need long-term funding, but previously the central bank only made short-term injections. By replacing the (short-term) lending tools with the (long-term funding offered by) the RRR cut, the central bank can change the maturity of the funds and better serve the needs of the real economy,” said Lu Zhengwei, the chief economist of Industrial Bank Co. Ltd. on Friday. Lu added that a comprehensive RRR cut can also offer liquidity on a larger scale.

Chinese policymakers decided at the CEWC to take “bolder and more effective” measures to implement “a proactive fiscal policy,” with a larger scale of cuts in taxes and fees and a relatively substantial increase in the issuance of special-purpose local government bonds.

To help the struggling private sector, the leadership also urged financial institutions to increase the direct financing available for private businesses, and lower the cost of borrowing. In the latest concerted effort to bolster the cash-starved private sector, the PBOC relaxed its assessment of credit lines for bank’s small businesses on Thursday, allowing more lenders to qualify for reserve requirement incentives set up by the central bank.

Yet analysts expect more stimulus measures to come as the money market remains tight. Qu Qing, fixed-income analyst at Huachuang Securities Co. Ltd., estimated the money supply will have a funding gap of 4 trillion yuan to 4.5 trillion yuan ahead of the Lunar New Year holidays. The size of the gap makes it very likely the central bank will roll out additional monetary easing tools.

“Looking forward, we will be monitoring growth of total social credit and M2 money supply as indicators of the real effect of the RRR cut. If these indicators remain weak, the PBOC might have to introduce further RRR cuts,” J.P. Morgan Asset Management Global Market Strategist Zhu Chaoping said in a Friday note.

“Moreover, fiscal stimulus composed of infrastructure investment and tax cuts are likely to be accelerated in the coming months, which might have more direct and instant impact than monetary stimulus in terms of boosting confidence and growth,” Zhu added.