By Di Ning and Tang Ziyi 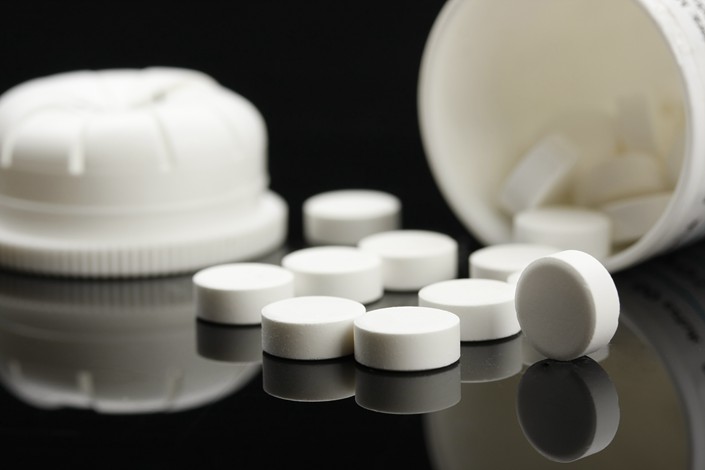 Shanghai Junshi Biosciences Co. Ltd. is in talks with local authorities to have its melanoma drug eligible for reimbursement by government insurance plans. Photo: VCG

* Medicine is used to treat certain types of melanoma, a disease that killed about 3,800 people in China in 2018

(Beijing) — Shanghai Junshi Biosciences Co. Ltd. aims to sell its recently approved cancer drug for far less than its overseas competitors, though the plan rests on local governments agreeing to pay part of the cost.

Toripalimab will be sold to major city hospitals and pharmacies for around a third of the price of the U.S.-based Merck & Co.’s rival medicine, Junshi Biosciences CEO Li Ning told Caixin on Thursday. Merck’s Keytruda goes for about 300,000 yuan ($43,600) per course of treatment.

The other similar foreign-made drug approved for sale in China is made by U.S. company Bristol-Myers Squibb Co. and costs around 135,000 yuan per course. A fourth drug, made by local firm Innovent Biologics Inc., was approved at the end of last year, but its price has not been revealed.

“Junshi Biosciences has recruited a business team of around 200 people to promote the drug,” Li said.

Toripalimab belongs to a group of drugs known as PD-1 inhibitors, which work by reversing the cancer’s suppression of a patient’s immune system and thus help the immune system target cancer cells.

Li said the company is in talks with local authorities to make its PD-1 inhibitor eligible for reimbursement by government insurance plans. This will be key if the company is to offer the drug — its first to go on sale — at such a low price.

The medicine is used to treat certain types of melanoma. According to figures from the Global Cancer Observatory, about 3,800 people in China died of melanoma in 2018, and 7,400 new cases were diagnosed.

Junshi Biosciences in December won approval to launch the drug in China, after its American rivals got the go-ahead to launch their own PD-1 drugs in June and July.

Junshi Biosciences in December raised about $394 million in a Hong Kong initial public offering. The money-losing biotech startup reported in its prospectus that most of its revenue was earned by providing consulting services and not drug sales.