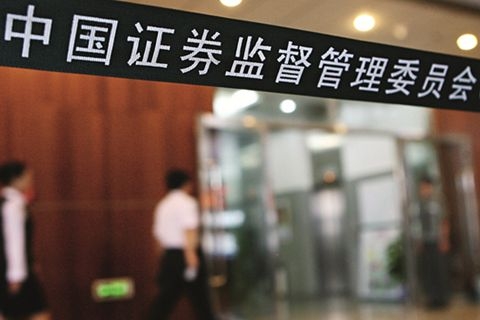 The top securities regulator has tightened its grip on financial market activities over the past couple of years as Beijing has stepped up efforts to contain financial risks.

The commission has “enhanced supervision and enforcement to strictly crack down on violations in the securities and futures market to rein in market irregularities and clean up the market environment,” the CSRC said.

Acquisition and restructuring are easily used by violators to seek illegal gains as such deals often take long periods and involve various parties, having a great impact on the market, the commission said.

In July, the regulator imposed a 400,000 yuan fine on Wang Chenglin, the owner of smart city service provider Hakim Unique Internet Co., for trading the company’s stock on insider information about the company’s reshuffling plan back in 2016.

In addition to investors and listed firms, the CSRC over the past year also paid closer scrutiny to business practices of financial intermediaries including brokerages, law firms and credit rating companies. The regulator punished intermediaries for violations in 13 cases.

One of China’s five main credit rating companies, Dagong Global Credit Rating Co. Ltd., was suspended from the debt rating business for one year in August over conflicts of interest and other violations. The order was the harshest punishment levied by regulators on a major intermediary agency.

The CSRC last year also launched inspections of private equity firms and found that 30% of the companies were in violation of laws and regulations, according to an announcement in October. Violations included illegal fundraising, misappropriation of fund assets, raising funds from unqualified investors and illegal commitments of guaranteed returns, among other failures to properly control risk and comply with regulations.

Ten punitive orders were issued to private equity firms over the past year, the CSRC said Friday.

The commission said it will continue its commitment to contain market violations and push forward capital market reform this year.