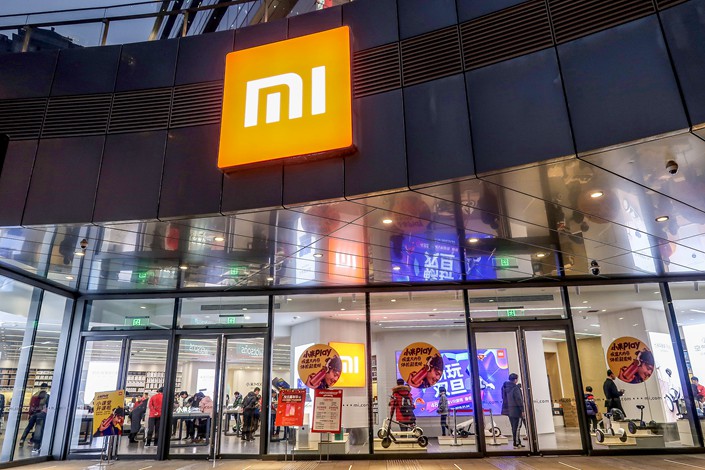 Xiaomi Corp. has purchased a stake in Chinese home-appliance giant TCL Corp. in a deal that will boost the smartphone-maker’s expansion into the home electronics market.

As of Jan. 4, Xiaomi had bought 65.17 million shares, or 0.48% of the total, on the public market, TCL said in a statement (link in Chinese) to the Shenzhen Stock Exchange over the weekend. It is not clear when the shares were purchased.

The two companies also signed a cooperation pact late last month in which they agreed to jointly develop “smart hardware products and electronic devices,” according to the statement. The deal represents Xiaomi’s recognition of TCL’s “operational strategy, core competence and cultural value,” the statement added.

The tie-up will provide “enormous help” to Xiaomi as it ramps up its involvement in home appliances, wrote (link in Chinese) Xiaomi founder and CEO Lei Jun on the Twitter-like microblogging platform Weibo on Sunday.

Xiaomi has recently boosted its bet on the so-called internet of things, as the world’s fourth-biggest smartphone-maker sees lackluster sales in its core smartphone business.

Xiaomi sells a series a variety of smart home appliances, such as a washing machine and a refrigerator, as part of an “ecosystem” it has created in partnership with other third-party suppliers. One such company is Viomi Technology Co. Ltd., which was listed in New York in September. These products are called “smart” because they can be controlled through apps and can communicate with each other.

In the third quarter of 2018, Xiaomi reported revenue of 51 billion yuan ($7.4 billion). Non-smartphone products, including smart TVs, make up a growing potion of the company’s revenue, it said in its latest financial report.

Some analysts said that they expect that Xiaomi may procure panels for its smart TVs from Huaxing Photoelectric in the future.