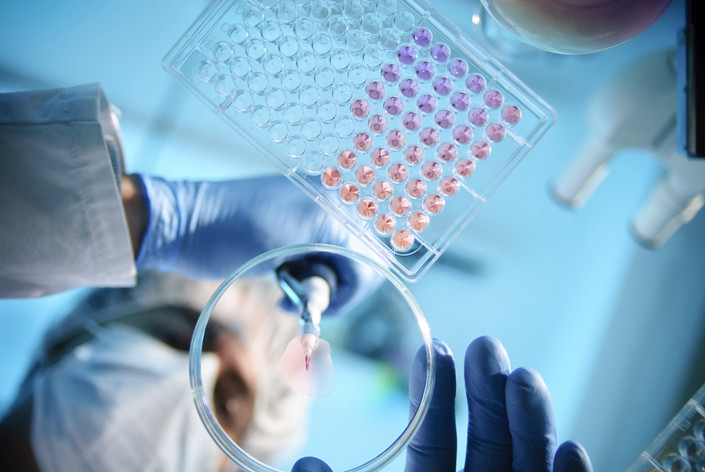 Biologics are medicines made from living cells that must be stored under special conditions, and biosimilars are nearly identical copies of biologics already approved by a regulator.Photo: VCG

A biopharmaceutical research unit of South Korea’s Samsung Group has partnered with a Chinese drugmaker to tap the burgeoning local biosimilar sector.

Samsung Bioepis Co. Ltd. on Monday announced it has signed a licensing agreement with Chinese biotech company 3SBio Inc. to develop and commercialize biosimilar medicines in China, the company’s first foray into the market.

Biologics are medicines made from living cells that must be stored under special conditions, and biosimilars are nearly identical copies of biologics already approved by a regulator. They are sold on the basis they have no clinically meaningful difference in terms of safety and effectiveness from the original medicines.

The deal comes as China develops ambitious plans for its drug sector, particularly in biologics, which are gaining ground on traditional chemically synthesized medicines.

The 3SBio agreement also covers biosimilar candidates from Samsung Bioepis, including SB8, based on the innovative cancer medicine Avastin, which is used to treat certain types of lung, advanced colorectal and kidney cancers.

Samsung Bioepis said it would receive upfront and milestone payments from 3SBio, as well as royalties from sales. Additional details of the deal were not disclosed.

Founded in 2012 as a joint venture of Samsung Biologics and U.S. biotech firm Biogen focusing on biosimilars, Bioepis has had four such medicines approved and marketed in Europe and one in the U.S.

The biopharmaceutical developer 3SBio, founded in 1993, is best known for its rheumatoid arthritis injection Yisaipu, also known as Etanercept, which dominated the domestic market with a share of 62.7% in 2017.