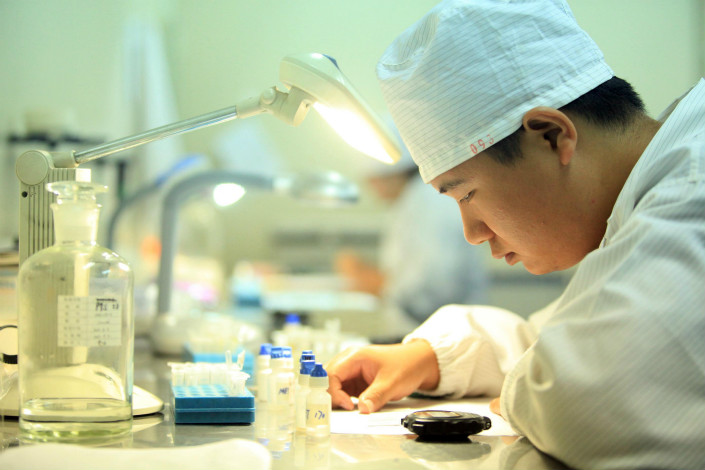 Chinese biotech drug developer 3SBio Inc. said it will expand to North America by acquiring Canadian assets, marking the latest move by a Chinese drugmaker into the global market.

The $290-million deal will see 3SBio take over the contract development and manufacturing (CDMO) business of Ontario-based Therapure Biopharma Inc., 3SBio said in a filing to the Hong Kong Stock Exchange on Sunday.

CDMOs provide drug-development services to pharmaceutical companies on a contractual basis. 3SBio said it expects the unit to be “a comprehensive and profitable biological CDMO business in North America.” In 2016, the division’s revenue surged 55% to Can$84 million ($67.8 million).

The entire pharmaceutical industry is shifting from small molecule drugs to biological ones, and output of biotech drug companies in China alone will reach 600 billion yuan ($91.5 billion) by 2020, according to a plan issued by the National Development and Reform Commission.

As a major developer of biotech drugs, 3SBio is best known for its rheumatoid arthritis injection Yisaipu, also known as Etanercept, which dominated the domestic market with a share of 62.7% last year.

Lou said he expects the overseas market to account for half of his company’s revenue in the future, compared with just 4% last year. The company is “actively pursuing international expansion through exports, licensing, partnerships and acquisitions,” it said in a statement.

The purchase marks the latest move overseas for 3SBio, as it seeks to build up its global capabilities with foreign products and services. In 2014, it bought Sirton, a contract-based pharmaceutical manufacturer in Italy. It has also secured the exclusive licensing rights for four AstraZeneca products in China.

The company has also made use of foreign capital markets, becoming the first Chinese firm from its category to be listed on the Nasdaq Stock Market in 2007. It delisted from New York six years later, and relisted in Hong Kong in 2015, raising HK$5.5 billion ($703 million).

Creating biological drugs requires complex technologies, and China is relatively behind its foreign peers. That has forced companies like 3SBio to boost their capabilities by partnering with or obtaining licenses from foreign companies, said health care analyst Jiang Weina of Guosen Securities.

Other ambitious drugmakers in China are conducting similar strategies. One of the most aggressive has been Shanghai-based Fosun Pharma, which has announced several significant deals, including the purchase of India’s Gland Pharma for a record $1.3 billion and its bid for a stake in U.S. peer Arbor Pharmaceuticals LLC.