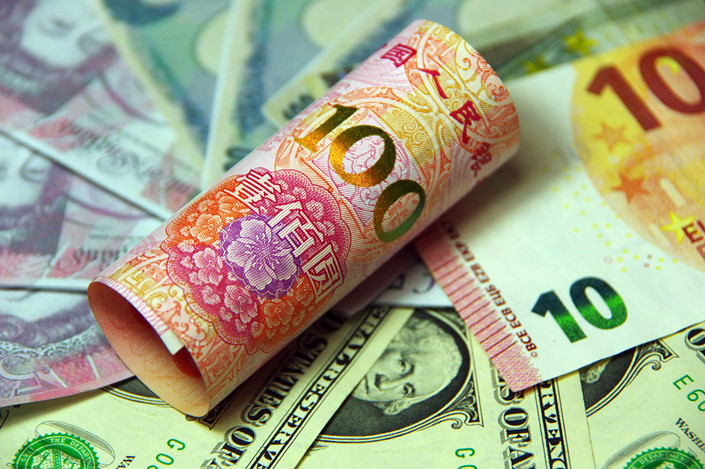 The strengthening yuan broke through the key level of 6.8 per dollar for the first time since July, closing at 6.7825. Photo: VCG

(Beijing) — The yuan rose to its highest level against the dollar since July 25 on Thursday, boosted by a weaker U.S. currency and optimism that talks to end the trade war between the world’s two largest economies are making progress.

The People’s Bank of China (PBOC) set the yuan’s daily reference rate at 6.8160 per dollar on Thursday morning, the strongest since Aug. 30 and 0.54% stronger than Wednesday’s fixing, the yuan, which is allowed to fluctuate as much as 2% either side of the reference rate, continued to rise throughout the day, breaking through the key level of 6.8 per dollar for the first time since July and closing at 6.7825.

Trade tensions between China and the U.S. last year were a key drag on the yuan, which hit a 10-year low against the dollar in October. But signs of progress in negotiations that finished Wednesday seem to have bolstered the currency after midlevel trade officials from China and the U.S. wrapped up a longer-than-expected three-day round of discussions in Beijing.

Analysts blame the yuan’s weakness over the last few months on trade tensions, interest rate hikes by the U.S. Federal Reserve, and slowing economic growth in China. There are signs the Fed may be more cautious about further tightening however, amid concerns about risks to the U.S. economy, and that could be good news for the yuan. The Dollar Index, an index of the value of the dollar relative to a basket of foreign currencies, has dropped by more than 2% since November and was trading near a three-month low on Thursday amid waning expectations for more interest rate hikes in the U.S. this year.

The main factors that supported the dollar in 2018 — strong growth in the economy and corporate earnings, and higher interest rates — are weakening, Tai Hui, chief Asia-Pacific market strategist at J.P. Morgan Asset Management, wrote in a note. If the Fed stops raising rates, the dollar will be exposed to “fundamental issues” like the U.S.’ high current account deficit.

In addition to a more-positive outlook for trade and a weakening dollar, the yuan is also being supported by particularly high flows into China’s capital markets via the Hong Kong Stock Connect, said Zhang Lu of CEBM Group, a subsidiary of Caixin Insight Group.

HSBC Global Research is forecasting a relatively steady year for the yuan in 2019, although in a research note on Thursday it warned of three possible catalysts that could “spoil the party” — the failure of the U.S. and China to come to a meaningful and lasting trade agreement; a return of fears of a hard landing for China's economy; and accidental overtightening by the Fed.