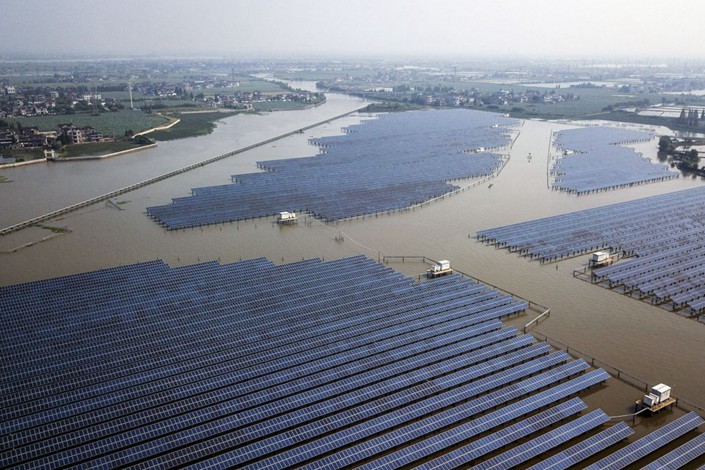 (Bloomberg) — China will start building pilot wind and solar power projects that won’t receive national government payments as it pushes to improve the competitiveness of renewable energy and rein in subsidy bills. Shares of solar manufacturers surged in New York and Hong Kong.

Power prices from these pilot projects will be the same or lower than from coal-fired plants, the National Development & Reform Commission said in a statement laying out the policy on Wednesday. Subsidy-free plants may be exempt from participating in some power market transactions and will sign long-term power purchase agreements with grids at fixed tariffs, it said.

Regulators are seeking to cut the nation’s surplus renewable power capacity, as well as its hefty subsidy bill, which followed its green energy investment boom. The government rattled the market last year when it decided to curb financial aid to solar developers to slow record growth rates and integrate existing capacity into the grid.

The subsidy-free policy will remain valid for the entire life of the projects if they are approved and construction commences before end of 2020, the NDRC said. Projects that were proposed but not built within a certain time period will be scrapped to make room for non-subsidized plants, it said, without providing further details. Some provinces, including Fujian, have already started canceling solar and wind projects in response to a government order to determine if developments would still be needed.

The push for the pilot plants doesn’t mean national subsidies for all new wind and solar power projects will be canceled, the National Energy Administration (NEA) said Thursday in an explanatory statement on the policy. During the current phase, regions with superior resources and guaranteed power consumption will be the focus for the pilot projects, while other regions will continue to use auctions to lower power prices of renewable projects and subsidies, the agency said.

The NEA said pilot projects will only be in regions where local authorities can ensure power from these plants will be fully consumed and their construction won’t squeeze demand for existing projects. Demonstration projects won’t be built in so-called “red-alert” regions, where construction of new renewable-power projects are usually not permitted as idle rates are the highest.