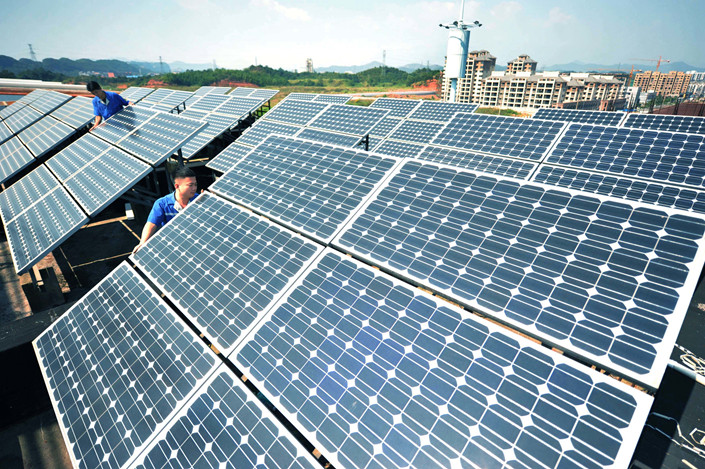 A spin-off of the world’s biggest solar panel manufacturer has filed to list in China as it looks to raise 2.5 billion yuan ($365 million) to finance the construction of new solar power plants despite the clouds looming over the industry.

Several photovoltaic solar panel producers and solar plants are struggling to stay afloat in China after the government reduced generous subsidies in order to shed excess capacity and reduce costs to make solar-generated electricity cheaper than power from coal plants.

Jinko Power Technology Co. Ltd. is looking to raise funds so it can deliver on two contracts worth 1.5 billion yuan in total to build 286 megawatts (MW) of solar panels on two aluminum plants belonging to Liaoning Zhongwang Group Co. Ltd. in Northeast China’s Liaoning province, according to a prospectus submitted (link in Chinese) to the China Securities Regulatory Commission.

Alongside funding the construction of conventional solar power plants, the money will also be used to pay off 700 million yuan in existing bank loans, according to the prospectus.

Jinko Power is an offshoot of Shanghai-based JinkoSolar Holding Co. Ltd., the world’s biggest solar panel manufacturer, which is listed on the New York Stock Exchange. While Jinko Power maintains it is an entirely separate entity from JinkoSolar, they share the same chairman in Li Xiande.

Generous subsidies and heavy investment turned China into a leader in solar technology over the last decade as the government looked to build up its renewable energy infrastructure and reduce its dependence on highly polluting coal-fired power plants. However, the country’s solar power industry has struggled in recent years as the government has reduced funding support and an overabundance of solar panels flooded the market.

This led many solar companies to branch out into designing and building solar power plants rather than just supplying panels, with Jinko apparently aiming to work directly with aluminum producers to develop on-site power generation to both reduce waste and directly supply an energy-intensive industry.

Canadian-Chinese company Canadian Solar Inc. similarly has moved into designing plants in recent years. On Tuesday it announced that it had sold several microprojects in Chile to British independent power producer Sonnedix, announcing the same day a deal to deliver a solar farm in New South Wales, Australia, capable of producing 175 MW for U.S. based Signal Energy LLC. Similarly, the company’s Shanghai-based rival ReneSola Ltd. announced in October 2017 that it was abandoning the solar manufacturing business to focus on building plants instead.

Other domestic producers are struggling. At the end of last year Hareon Solar Technology Co. Ltd. warned that it will sell seven fully-owned subsidiaries to repay about 1.55 billion yuan in total to creditors, while conglomerate Hanergy Holding Group Ltd. had announced plans to cut nearly half of its workforce by the end of last year. Troubled solar-panel maker Yingli Green Energy Holding Co. Ltd. has been sued by a creditor over 65.7 million yuan in defaulted bonds.