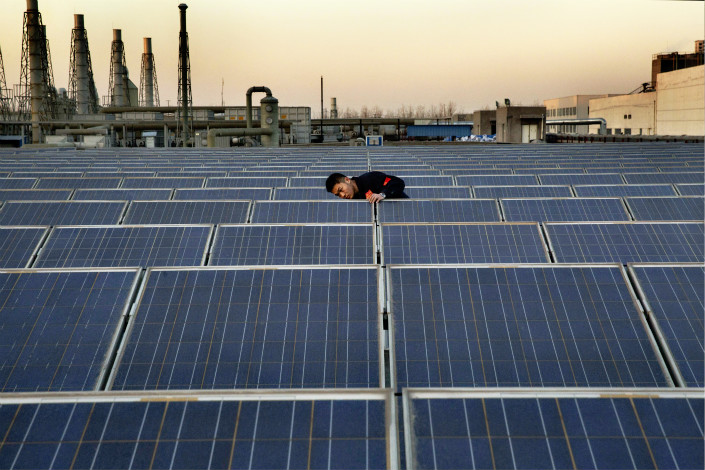 Struggling solar panel maker Yingli Green Energy Holding Co. Ltd. said it is being sued by a holder of its bonds that are in a state of default, as it tries to restructure a heavy debt load that at one point threatened its survival.

Yingli said the unnamed bondholder owns about 65.7 million yuan ($10.01 million) worth of medium-term notes that came due in 2015 and 2016, according to a company announcement on Friday. Yingli said the lawsuit was filed in China in a bid to recover money the bondholder was owed by one of its units, Baoding Tianwei Yingli New Energy Co. Ltd.

Yingli added the amount being sought is equivalent to about 3.7% of the outstanding debt from the two tranches of medium-term notes. Due to the claim’s relatively small size, the company does not expect the lawsuit to have a material impact on the company, it said.

“The note holder claimed that Tianwei Yingli should repay principal, interest and overdue penalty on the medium-term notes for an aggregate amount of 74.4 million yuan and bear costs relating to the lawsuit,” Yingli said. “Tianwei Yingli plans to vigorously defend its rights in court while continuing to seek a mutually beneficial solution out of court.”

Yingli set up a panel earlier this year to work out a massive debt burden of 2 billion yuan in bonds that were either in default or coming due later in the year. The company has become a symbol of China’s aggressive campaign to build up a solar panel manufacturing machine that now produces more than half the world’s output. But that campaign, which included strong state support, resulted in a huge oversupply that has depressed global prices for the last six years.