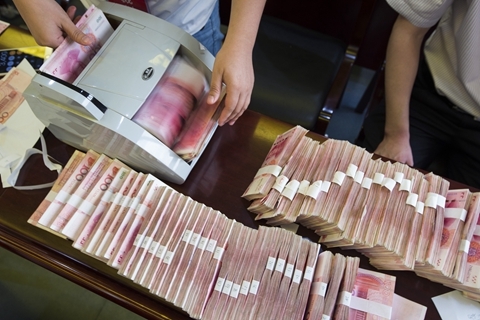 Neoglory’s financial woes came to light in September when it missed payments on two bonds on the same day. Photo: VCG

The Zhejiang-based conglomerate said in a statement Thursday that it was unable to repay the remaining 100 million yuan due on a 1.1 billion yuan, three-year unsecured bond issued in 2016.

Like many defaulting Chinese debt issuers, Neoglory was rated as AA at the time it borrowed the money. In addition, the company has more than 3.7 billion yuan of bonds due in April.

Neoglory’s financial woes came to light in September when it missed payments on two bonds worth a total of 3 billion yuan on the same day. The issuer’s credit rating was subsequently downgraded by United Credit Ratings Co. to CC. The rating company warned of default risks for more Neoglory bonds because of a liquidity crunch.

Neoglory later had to terminate its planned acquisition of a controlling stake in China High Speed Transmission Equipment, a Hong Kong-listed manufacturer.

The company’s billionaire owners, Zhou Xiaoguang and her husband Yu Yunxin, also risk losing control over their listed property arm as the shares they pledged as collateral for loans face seizure by lenders.

Zhou holds 51% and Yu 49% of the company. Zhou, often called the “queen of custom jewelry,” was listed as the 23rd-richest woman entrepreneur in China with 17 billion yuan of personal assets in 2017. The pair built Neoglory from a small jewelry retailer to one of China’s major private conglomerates with businesses including property and finance. Zhou was also elected as a delegate to the National People’s Congress, the country’s legislature.

The company attributed last year’s default to the effects of a credit rating scandal that dented Neoglory’s financing attempts.

A month before Neoglory’s first default, regulators slapped a one-year business ban on Dagong Global Credit Rating Co. Ltd., one of China’s five top credit-rating companies after it was found to have charged high fees for consulting services to companies for which it also issued credit ratings. Neoglory was among the Dagong clients that paid for expensive software from the rating company, Caixin learned.

But there were signs of a cash crunch long before the scandal broke. In 2017, the company’s operating cash flow dropped to a negative 1.95 billion yuan from 612 million yuan in 2016.

As of last November, Neoglory had total assets of 81.1 billion yuan and total debt of 46.9 billion yuan. Based on those numbers, the company wouldn’t appear to be insolvent. But some investors said they suspect the company’s financial figures might be inflated.