Court Ruling Shows Bank’s Bet on Government Can Be Costly 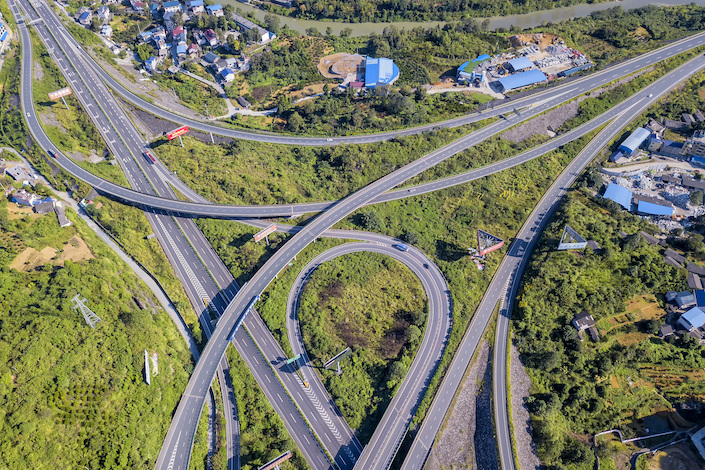 * Beijing has restricted local governments from providing loan guarantees to local companies in an effort to rein in hidden debt risks. But such practices have widely persisted

A recent court decision on a debt dispute between a major commercial bank and a Hunan government body sent another signal to Chinese lenders that governments may no longer be the last resort in defaults.

The decision left the bank with losses of more than 300 million yuan for loans it issued 10 years ago counting on the government unit’s agreement to buy back expressway operating rights and assume the private company’s debt in the event of a default. The court found that the expressway authority lacked the power to make such a guarantee and was liable for just a third of the debt.

“The Supreme Court ruled the buyback agreement invalid as it believed the agreement is proved to be a form of implicit government guarantee for the loan rather than a legitimate business contract,” said Wang Xiaoming, a lawyer at Beijing Chuting Law Firm.

The central government has issued policies restricting local governments from providing loan guarantees to local companies in an effort to rein in hidden debt risks. However, such practices have widely persisted, a bank official said.

China's local governments could hold as much as 40 trillion yuan in off-balance sheet debts, according to an October report from S&P Global Ratings — and the scale and lack of transparency of those debts has raised concerns that they could expose China's financial system to significant risk.

According to court documents, the Shenzhen branch of Merchants Bank in 2009 issued two loans to Hunan Yilian Expressway Development Co., a private company that won a 30-year government contract to operate a section of a local expressway. As part of the loan agreement, the Hunan Expressway Management Bureau issued a letter to the bank promising to buy back Yilian’s operation rights and assume its debts if the company were to become unable to repay the loans.

Yilian eventually defaulted in 2014, and the bank took the case to court, seeking to force the government unit to fulfill its buyback agreement and repay the debts.

After a local court ruled in favor of the Merchants Bank, a second review by the Supreme Court in Beijing overturned the decision in December 2017. Although the Hunan bureau had a legal obligation for the debts based on the guarantee letter, the court ruled that as a public entity it did not have the power to provide such a guarantee. The court then ruled that the buyback agreement should not be deemed a legitimate contract and the Hunan bureau should assume only one-third of the debt repayment obligation.

The Merchants Bank appealed for a retrial, but the request was rejected by the Supreme Court.

Over the past few years, several banks have lost cases demanding that local governments assume debt obligations for companies based on guarantee letters issued by officials.