China’s Not Too Rich for World Bank Loans, Report Says 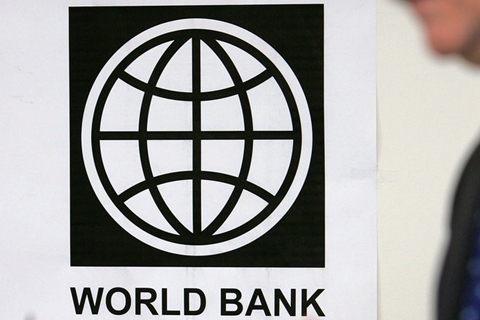 China has taken out low-cost loans from the World Bank for years. But as growth soared, propelling the country to the world’s No. 2 economy with a $3 trillion hoard of foreign-exchange reserves, its borrowing has become a controversial issue and a target of criticism by the U.S., most recently by President Donald Trump’s administration.

The U.S. blocked a plan to increase the bank’s capital and lending capacity in 2017, partly because if felt China had ample borrowing ability of its own, was itself lending huge sums to other developing countries, and was getting an excessive amount of the bank’s loans. In order to get Washington to endorse the proposal, which would also give Beijing a bigger shareholding in the institution, the World Bank’s other member countries agreed to certain reforms that were announced in April 2018 and approved in October.

These included changing the principles that guide the bank’s lending policies, including the types of projects to be funded, eligibility for borrowing and how countries should “graduate” from the assistance program. They also imposed higher interest rates on loans to wealthier developing countries.

A new analysis of China’s relationship with the World Bank concludes that the country is still eligible for loans, given that the regions receiving money have per capita income levels below the threshold that would trigger a reduction in lending.

“Rather than end bank lending to China, the goal should be twofold,” Scott Morris, the lead author of the report from the Center for Global Development (CGD), a Washington-based think tank focused on international development and aid, told Caixin. The World Bank should “adjust lending terms in order to generate higher profits, and ensure that all lending is meeting the 2018 objectives — namely, aimed at global objectives like reducing carbon emissions or increasing capacity, and lowering poverty in China’s poorest provinces.”

The World Bank’s office in Beijing declined to comment on the report, which was released in Washington on Thursday.

China is one of the World Bank’s top borrowers through the International Bank for Reconstruction and Development (IBRD), taking out loans of around $2 billion a year. The bank’s data show that as of April 19, cumulative lending to China through the IBRD and the International Development Association (IDA), which China graduated from in 1999, was more than $60.5 billion for 416 projects. The portfolio is concentrated in environment, transportation, urban development, rural development, energy, water resources management and human development.

China crossed the threshold where discussions should begin about graduating from the lending program in 2016, when its gross national income (GNI) per capita rose to $6,895. But in the three fiscal years ending June 2016 to June 2018, it received loan commitments of $7.89 billion from the IBRD, according to the think tank report. The CGD report points out that China isn’t the only country that has reached that threshold, known as the Graduation Discussion Income (GDI) — 29 borrowing countries were above that line in 2018, eight of which with higher per capita incomes than China.

Under the 2018 agreement, once countries surpass the GDI level, World Bank loans are supposed to be limited to two areas — global public goods projects, which have extra value beyond the borrowing country, and capacity building projects, which focus on institutional strengthening.

Although China nationally has surpassed the GDI threshold, just over half of provinces remain below that line. Even so, the CGD report shows that just 58% of lending has gone to provinces below the threshold, although many of the projects were started before the 2018 principles were adopted. But it also points out that loans disbursed to wealthier regions are being used for global public goods projects such as climate mitigation and pollution control, which are within the bank’s remit.

The report’s authors, Morris and Gailyn Portelance, said they found evidence that China’s borrowing was broadly consistent with the 2018 principles of institutional capacity strengthening and global public goods-related engagement, although significant areas of bank engagement did not appear to fall within the parameters of the principles.

China is likely to fight efforts to force it to exit the IBRD’s lending program. The report points out the country is among several borrowers that have resisted “firm rules and automatic triggers” to graduating. It also benefits from the nonfinancial services technical support that come with the loans. In a blog post in January 2018, Morris said Chinese officials have often characterized their borrowing as a useful way to achieve a number of aims including project-level standards and disciplines that help improve operations at the local and provincial levels, particularly in western China.

Morris said the World Bank’s portfolio of loans will need to change if it is to be fully aligned with the 2018 agreement, but that doesn’t necessarily mean China will borrow less in future.

“The political pressure from the U.S. will remain and the selection of a new World Bank president could affect this issue a lot,” he said, referring to the resignation of Jim Yong Kim on Jan. 9 and the battle that’s likely to ensue between member countries to replace him. “But the risk of a U.S.-backed candidate pushing too hard would be to isolate China from the bank, a move that doesn’t have support from the other major shareholders.”