China's Small and Midsize Businesses Continue to Struggle Despite Support

By Liu Jiefei and Zhang Zijian 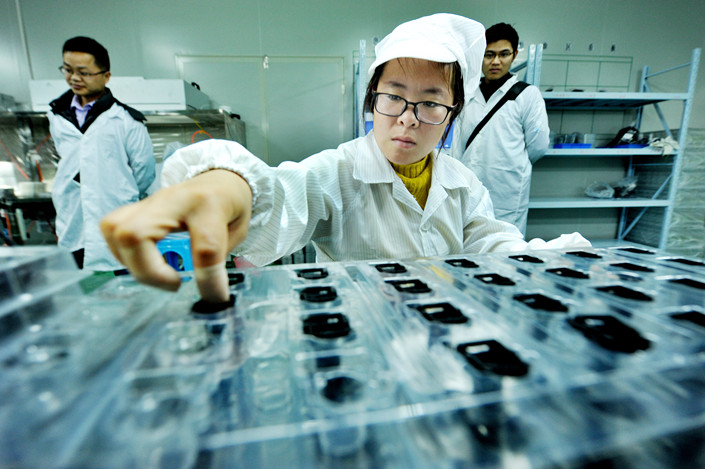 Activity at China’s small and midsize enterprises continued to contract in the fourth quarter of last year despite a series of supportive policies announced by authorities, with the outlook remaining gloomy this year, a government-backed survey has revealed.

The Small and Medium Enterprises Development Index (SMEDI) stood at 93.0 in the last three months of 2018, unchanged from the previous quarter, according to a report (link in Chinese) of the poll released by the National Development and Reform Commission (NDRC), China’s top economic planning agency, and the China Association of Small and Medium Enterprises (CASME). The index ranges from 0 to 200. A reading above 100 indicates expansion while figures below that point to contraction.

The October-December period of last year was the 30th straight quarter that the index was in contraction territory.

The survey, which covers 2,500 companies in the eight sectors of industry, construction, transportation, real estate, retail and wholesale, social services, telecommunications and software, and accommodation and catering, was first published in the second quarter of 2010 by the CASME. The report for the last quarter of 2018, issued on Monday, marked the first time the NDRC was involved in its release.

Although activity contraction extended at the companies in the October-December period, the pace of the shrinkage stabilized after accelerating mildly for two consecutive quarters from the first three months of 2018, the survey showed.

The NDRC attributed the improvement to recovering confidence of private firms due to President Xi Jinping’s speech at the start of November that reaffirmed support for the sector, and the slew of favorable policies introduced by the government.

However, it also warned of more headwinds smaller enterprises will face this year, as the country’s economic growth continues to lose steam and its trade war with the U.S. goes on.

“The operation conditions of the small and midsize enterprises may not turn around immediately because it takes time to implement the (supportive) policies, the domestic and external environments are getting more complicated and graver in 2019 with uncertainties growing, and the downside pressure on the economy is increasing,” it said in the report.

Among the eight sub-indexes, indicators measuring the companies’ confidence in the macro economy, financing conditions and costs improved from the previous quarter while those gauging overall operation and profitability were unchanged. The sub-indexes measuring market demand and production, employment and investment all declined.

“The environment for small- and midsize companies is getting tougher,” the CASME said in a separate statement (link in Chinese). “Small- and medium-sized companies hope the (supportive) policies will be implemented soon and effectively.”

Since the third quarter of last year, Chinese authorities have rolled out policies to help the country’s private sector which has been suffering from the economic growth slowdown and the trade friction with the U.S., including promises to cut more taxes and support for the financing of private firms. Following the call of financial regulators, brokerages have set up billions of yuan in funds that specifically aim to provide funding for the private sector, and banks have promised to loan more money to the companies. The People’s Bank of China announced early in January it would cut the amount of cash banks must set aside on two occasions this month to inject a net 800 billion yuan ($118.4 billion) into the market.