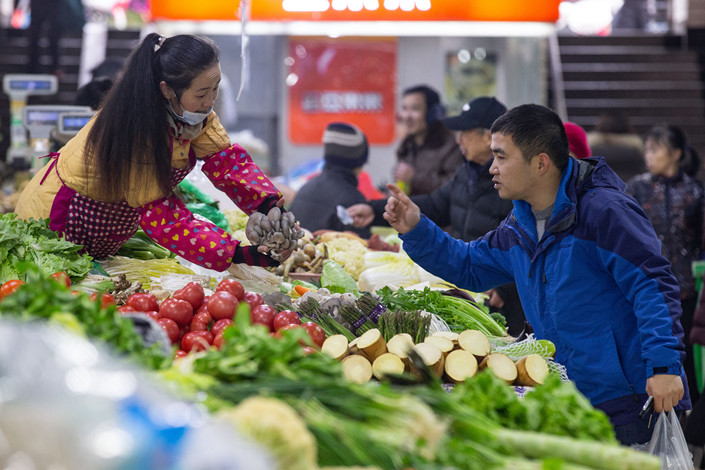 * China’s producer price index was up 0.9% year-on-year in December, significantly down from November’s increase and the lowest level since September 2016

* The consumer price index rose 1.9% year-on-year in December, down from 2.2% the previous month

China’s producer price index (PPI), which tracks changes in the prices of goods circulated among manufacturers and mining companies, was up 0.9% year-on-year in December, according to data (link in Chinese) released by the National Bureau of Statistics (NBS). The reading is significantly down from a 2.7% rise in the index in November, and marks the lowest level since September 2016.

The consumer price index (CPI), which measures the prices of a select basket of consumer goods and services, rose 1.9% year-on-year in December, down from 2.2% the previous month, according to NBS data (link in Chinese). The reading hasn’t been this low since June.

“Both (CPI and PPI) readings fell short of market forecasts,” analysts with Nomura International (Hong Kong) said in a note. Rapidly falling inflation is further evidence that China’s economy is “slowing at a worrying pace,” they said.

The slower year-on-year growth in the PPI was partly due to a high base for comparison, while the month-on-month decline in the index broadened, according to NBS data.

“The recent drop in oil prices was the key driver” of slower PPI growth, Julian Evans-Pritchard, an economist with research firm Capital Economics, said in a note. “There was also a broader decline in the price of industrial inputs and final consumption goods, consistent with evidence elsewhere of cooling domestic demand.”

Slumping factory inflation “suggests corporate earnings will almost surely continue to fall in coming months,” Nomura analysts said. While Evans-Pritchard predicted that this leaves policymakers with plenty of room to loosen policy, he expected the central bank to do more to ease financial pressure on industrial firms, “including by cutting benchmark lending rates, which would feed through to lower interest costs on the stock of outstanding loans.”

In recent months, the People’s Bank of China has issued a raft of policies to aid the private sector and small businesses that face headwinds from the slowing economy and the Sino-U.S. trade war. It announced Friday a 100-basis-point cut in banks’ reserve requirement ratio implemented in January, which will result in a net injection of around 800 billion yuan ($117.1 billion) into the financial system.

For 2018 as a whole, the CPI and PPI rose 2.1% and 3.5% respectively, NBS data showed, in line with government forecasts. In October, central bank Governor Yi Gang said he expected the CPI for all of 2018 to grow slightly more than 2%, and the PPI to grow between 3% and 4%.