By Jason Tan and Shi Rui 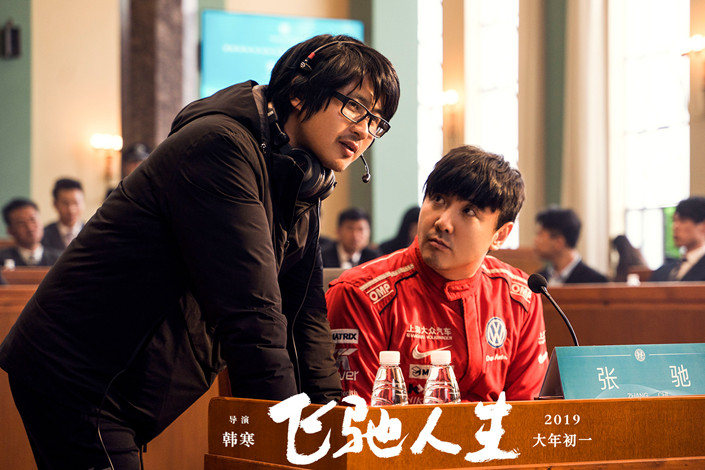 “Pegasus,” a car-racing comedy directed by Han Han, is set for release in February during the Lunar New Year holiday. Photo: IC

Alibaba Pictures Group Ltd. has bought a stake in a film production house owned by famed novelist Han Han, as the unit of China’s e-commerce titan beefs up its content production despite a government crackdown on the industry’s tax practices.

Alibaba Pictures invested an undisclosed sum for a 13.1% stake, making it the second-largest stakeholder in Shanghai Tingdong Film Co. Ltd.

Alibaba Pictures confirmed the deal with Caixin on Tuesday, but refused to disclose Tingdong’s valuation.

The investment will include a five-year collaboration involving the co-production of 20 movies. Alibaba Pictures will have the final say on production decisions, including actors and plots.

The deal comes as China’s movie industry is bracing for a year of uncertainty.

China’s box office raked in a record 60.98 billion yuan ($9.02 billion) last year, with domestic productions making up a bigger piece of the pie than the year before at almost two-thirds of total revenue. But the year-on-year growth rate of 9% was slower than the 13.5% recorded in 2017, when China bagged 55.9 billion yuan in ticket sales.

Clouds are also looming, as the authorities tighten their grip on tax evaders after Fan Bingbing, one of the country’s biggest stars, was punished for tax evasion totaling millions of dollars. A number of planned or ongoing productions have been put on hold, as the capital to keep them running has run dry, Caixin reported in November.

Alibaba Pictures told Caixin it has “no limit” for its investment in good-quality content production despite still being in the red. The Hong Kong-listed company, acquired by Alibaba in 2014, posted an operating loss of 423 million yuan for the six months through Sept. 30, roughly the same as a year earlier, even as its revenue rose nearly 30% to 1.5 billion yuan over the same period.

Han, 37, was celebrated during his 20s as China’s most-read blogger and the voice of rebellious youth. His blogs were filled with wry commentary on social changes in the country, and he was interviewed by the New York Times, CNN and Newsweek.

He has also written song lyrics, released an album and competed in professional rally races.

Han dabbled into the film industry in 2014 with “The Continent,” a road trip comedy adapted from his best-selling novel. His movie studio Tingdong was set up in 2015, and has so far produced five titles which grossed over 2.4 billion yuan.

The Han-directed comedy “Duckweed” emerged as a blockbuster during the 2017 Lunar New Year, raking in more than 1 billion yuan.