Another Record Year for China’s Box Office, But Growth Slows 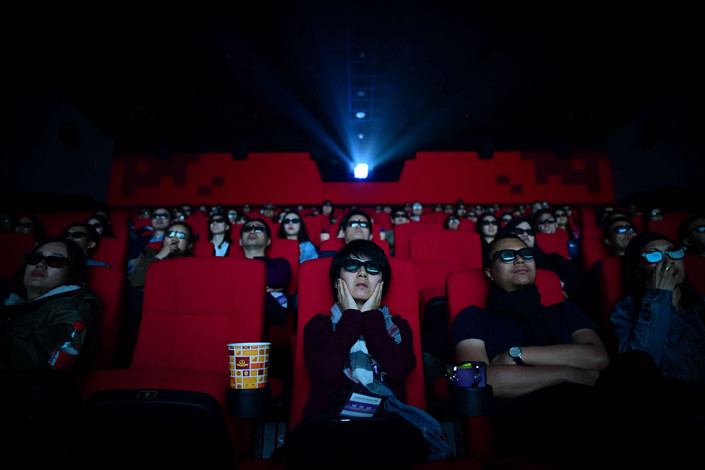 (Beijing) — China’s box office receipts in 2018 hit a record 60.98 billion yuan ($8.87 billion), with domestic productions making up a bigger piece of the pie than the year before at almost two-thirds of total revenue.

This marked a year-on-year rise in revenue of 9%, according to the official Xinhua News Agency, which cited the State Film Administration on Monday. However, the expansion was slower than the 13.5% recorded in 2017, when China raked in 55.9 billion yuan in ticket sales.

Domestic films recorded receipts of 37.9 billion yuan in 2018, accounting for 62% of the total, according to Xinhua. In 2017, China-made movies comprised only 54% of total sales.

“Chinese viewers are becoming more discerning in terms of the films they are choosing,” said Niu Hongying, a journalism and mass communications professor at Shaanxi Normal University in Northwest China. “Local productions are gaining momentum — albeit slowly — thanks to various factors that include content that depicts social reality, plots that are intriguing and thought-provoking, and a greater range of genres on offer.”

The surprise hit “Dying to Survive,” the third-biggest earner of last year, exemplifies this trend toward more-realistic movies.

China’s most-discussed film of 2018 was based on the real-life story of leukemia patients buying smuggled generic drugs because officially approved drugs were simply too expensive. It surprised observers with its portrayal of social problems amid the strict regulatory environment.

While modest-budget movies like “Dying to Survive” took off, other big-money blockbusters flopped.

“Asura,” a highly hyped fantasy film that was one of China’s most expensive productions of all time with a budget of 750 million yuan, was pulled from the big screen in July three days after its opening, due to a lackluster reception.

China’s cinematic market is set to overtake North America in the coming years. For the first time, it surpassed North America in quarterly box office revenue, taking in 20 billion yuan from January to March in 2018. That quarter contains the Lunar New Year holiday, the most lucrative time for China’s cinemas.

To shore up its film industry, China currently allows only 34 foreign titles to be screened in the country each year, with foreign studios receiving a 25% share of domestic box office. A separate category allows an additional 30 foreign films to be purchased outright and exhibited by local distributors without giving a cut to foreign studios.

There were signs that China quietly opened up its cinemas to more foreign films in 2018 to bolster box office numbers, though there was no official announcement, Caixin reported in October.

The number of screen is rapidly expanding because there were only about 62 screens for every 1 million people at the end of 2017, compared to 120 screens in North America. Chinese people on average watched two movies last year, while their North American peers paid to see 3.5 titles in the same period, market watchers said.