By Zheng Lichun and Shen Lu 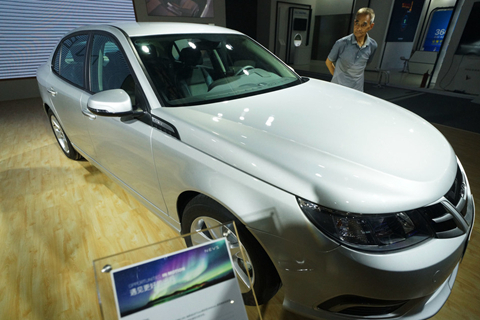 The NEVS all-electric model on exhibition in Tianjin in July 2018. Photo: VCG

Evergrande Group, one of China’s largest property developers, is making a new effort to tap into electric car making after its fallout with Faraday Future.

Evergrande Health paid a first installment of $430 million Tuesday with the remainder of the transaction to be completed by the end of January, according to a filing with the Hong Kong stock exchange.

The investment is a fresh attempt by Evergrande to tap into the booming electric car sector as part of a business transition strategy. In 2017, Evergrande agreed to invest $2 billion over three years though Evergrande Health into Faraday Future, an electric car startup controlled by debt-ridden entrepreneur Jia Yueting.

But the collaboration fell into dispute since August. On Dec. 31, Evergrande reached a settlement with Faraday and restructured its investment pledge, giving up its claim to most of Faraday’s car-related assets. Evergrande Health now holds a 32% stake in Faraday Future without any further investment commitment.

Compared with Faraday, NEVS is a more mature player in electric car making, a person close to Evergrande said. Backed by investments from Tianjin’s municipal government and a Beijing-based research firm linked to a government think tank, NEVS set up a China venture in 2015, qualifying for electric vehicle production in 2017.

The venture, Guoneng New Energy, said in December that it delivered its first batch of 500 vehicles to government customers and car-hailing companies. The company expects to start sales to individual consumers in March.

Guoneng New Energy’s technology is mainly from the Swedish Saab Automotive Co., a European car company spun off by a well-known military and defense company and was owned by General Motor for a decade. NEVS founder Kai Johan Jiang, a Swedish-born Chinese, purchased Saab in 2012 after Saab fell into a financial crisis.