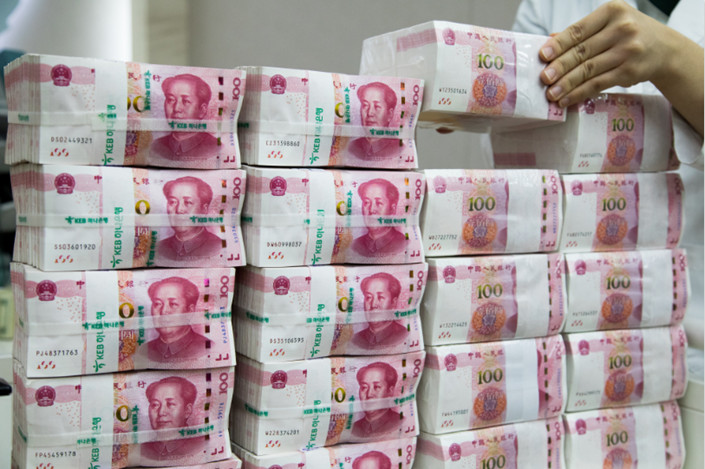 (Bloomberg) — Four Chinese tycoons transferred more than $17 billion of their wealth into family trusts late last year, underscoring how the rich are scrambling to protect their fortunes from the nation’s newly toughened tax regime.

The latest example came from billionaire Sun Hongbin, chairman of real-estate developer Sunac China Holdings Ltd., who disclosed in a filing in Hong Kong on Jan. 12 that he shifted most of his stake in the company to South Dakota Trust Co. LLC on Dec. 31. Longfor Group Holdings Ltd. Chairwoman Wu Yajun, one of China’s richest women, made a similar move in recent weeks, as did the wealthy magnates behind food distributors Dali Foods Group Co. Ltd. and Zhou Hei Ya International Holdings Co. Ltd.

Three of the four Hong Kong-listed companies cited succession planning as the purpose of the transfers. The ownership structures of all four tycoons involve entities in the British Virgin Islands. Representatives at the firms didn’t immediately respond to requests for comment.

The moves come as China’s superrich brace for the possibility of the government going after the wealthy to push through tax cuts for the masses this year. Personal wealth ballooned to an estimated $24 trillion in 2018, making the rich ripe for further scrutiny from tax collectors, and prompting many families to seek refuge via shields such as trusts.

Still, China’s new tax law doesn’t spell out clearly whether offshore trust assets are taxable, Liu said. Any levies will also depend on various conditions, such as whether trust beneficiaries are tax residents in China, he said.

The duties on the wealthy are part of a broader overhaul of China’s tax system. The country is increasingly turning to tax cuts as the first line of defense against a slowing economy. JPMorgan Chase & Co. economists estimate the total impact will be around 2 trillion yuan ($300 billion), or 1.2% of gross domestic product.

The change of approach is being driven largely by China’s huge debt load, which makes funding a splurge on bridges and railways — like that following the 2008 financial crisis — dangerous for financial stability.

The latest wealth transfer, made by Sun on New Year’s Eve, was for $4.5 billion. In 2017, his fortune more than tripled, the latest twist in a career that has involved a stint in jail and the forced sale of a developer he once predicted to become the nation’s largest. Sun and his family members are beneficiaries of the trust. His son, Kevin Zheyi Sun, was appointed as a Sunac executive director in May 2017. He was 27 at the time.

Sunac’s stock has been in decline since its 2017 peak after an ill-fated attempt to offer a lifeline to internet company Leshi Internet Information & Technology Corp.

"The company doesn’t have a good track record of running non-core businesses," said Franco Leung, an analyst at Moody’s Investors Service. Still, the recent stake transfer won’t have an immediate material impact on Sunac’s corporate strategy or business operations because Sun will keep his voting rights and the chairman role.