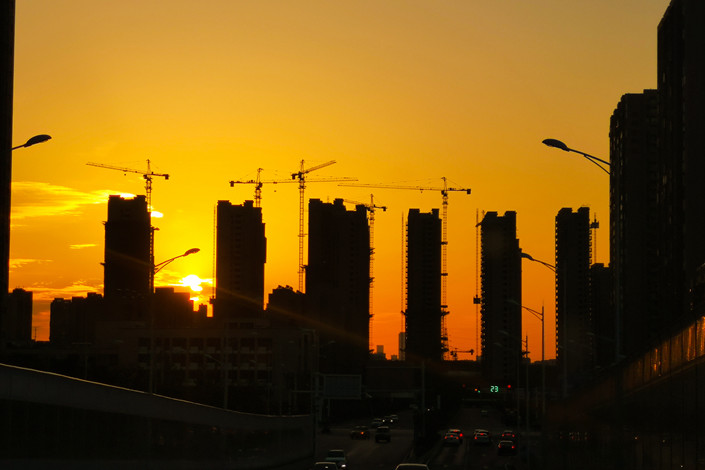 December marked the fourth straight increase in the number of cities reporting a month-on-month drop in existing-home prices. Photo: IC

The decline in existing-home prices in China is spreading to more cities, government data showed Wednesday, adding to evidence the property market is cooling and giving the government more flexibility to relax long-standing restrictions to bolster slowing economic growth.

Prices of existing homes are a better reflection of market conditions as new-home prices and sales are subject to tighter regulation. December marked the fourth straight increase in the number of cities reporting a month-on-month drop — 22 of the 70 major cities monitored by the National Bureau of Statistics said prices declined, up from 17 in November and a significant jump from the two cities that showed a decrease in August. On a year-on year-basis, four cities reported a drop in December, up from three the previous month.

The average price of existing homes in the first-tier cities of Beijing, Shanghai, Shenzhen and Guangzhou dropped 0.3% month-on-month, while those in the remaining 66 cities increased at a slower pace than they did in November, the figures show.

The trend, which is also being seen in data on new-home prices, could provide policymakers with more room to loosen their grip on the property market. The government started to impose administrative curbs on housing purchases and land earmarked for residential developments back in the autumn of 2016 after a surge in prices raised fears of a property bubble. Cities that saw significant gains and speculative buying, such as Beijing, Shanghai and Guangzhou, implemented more draconian controls that included caps on the price that developers could charge for new homes, and forcing owners to hold property for a certain period of time before they could sell.

With downward pressure on China’s economic growth increasing, the government has softened its tone on regulating the property market, a key pillar of domestic demand. Some analysts have estimated that the real estate industry makes up about a fifth of economic output when all aspects — including demand for raw materials such as steel and glass, construction, decoration and consumption of white goods — are taken into account.

At a key meeting in December to set economic strategy for 2019, policymakers indicated they will take a different approach to managing the property market, saying that local authorities will be given more freedom to adjust restrictions based on their own conditions. Analysts have interpreted that as a signal that the central government will tolerate loosening of controls at the local level.

Some cities, including Heze in the eastern province of Shandong, and Guangzhou and Zhuhai in Guangdong province in the south, have already started rolling back some curbs on housing transactions. Banks have also started to lower mortgage interest rates in some cities to entice homebuyers.

“We expect the overall regulatory tone of the property market to remain unchanged in 2019, but some control policies may be fine-tuned to counter economic uncertainty and stabilize the property market,” said Daniel Yao, head of research in China at real estate services group JLL. “But this fine-tuning will follow a city-based approach.”

Economists at UBS AG say the extent of any policy loosening on the property sector will depend on the depth of the economic downturn and the decline in housing sales.

“Our base case is for a modest property slowdown and some piecemeal easing of property policies,” Wang Tao, head of China research at UBS, said in a note on Wednesday.

Under this scenario, the central government is unlikely to ease nationwide property policies significantly, such as lowering down-payment requirements, for fear of re-inflating a property bubble. But some local governments may relax existing curbs, such as home purchase restrictions, and banks may lower their mortgage rate premium and increase their mortgage quotas.

“This kind of modest policy easing would help support sentiment and cushion the downturn,” Wang said. “Conversely, if overall growth or property sales slow more sharply in early 2019, the government may relax property policies more significantly, including by lowering mortgage down payment substantially.”