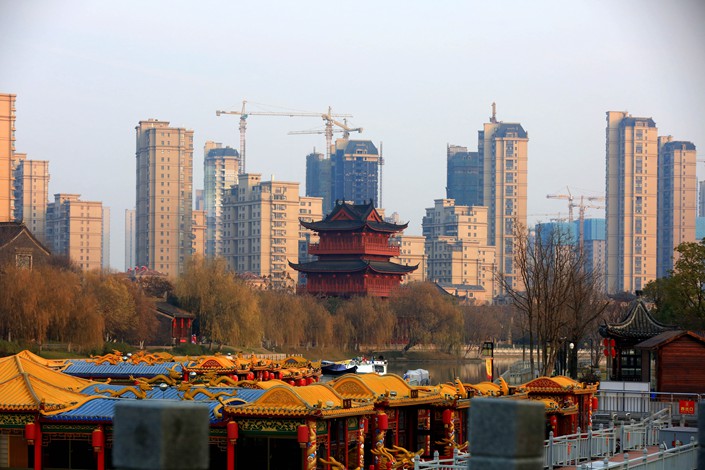 A residential building is seen next to the Dayun River in Huaian, Jiangsu province, on Jan. 1 2019. Photo: VCG

Due to tightened regulations and a cooling market, the sales achieved by major market developers grew 33% in 2018, down from 54% in 2017, according to research by Hong Kong-based China Merchants Securities International Co. Ltd. on Wednesday. As policies shifted, property sales have accelerated since November, with sales up 37% year-on-year in December.

In November, China Index Academy once again started publishing its monthly report on the home price data after a roughly two-year hiatus. Reuters reported the suspension in January 2017. The company never specified the reason.

China Index Academy didn’t reply to Caixin’s request for comment on why it had resumed publishing the data.

The resumption came amid China’s cooling property market and a central government call to continue reining in real estate speculation this year.