Gu Fangzhou, Who Eradicated Polio in China, Dies at 92 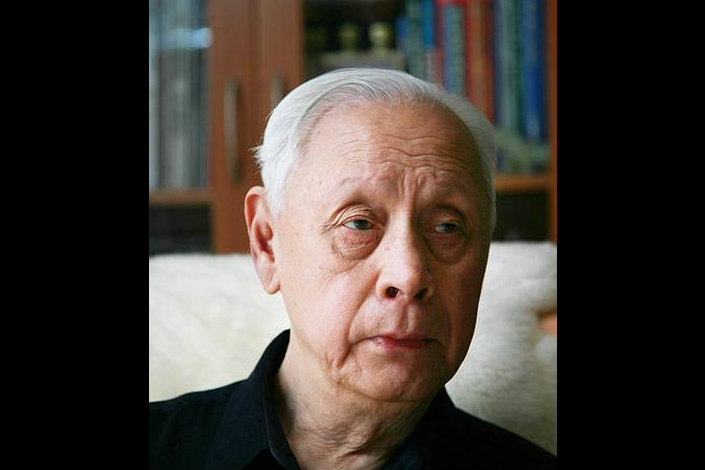 Gu Fangzhou died earlier this month at the age of 92. Photo: VCG

In the early hours of Jan. 2, Gu Fangzhou died at the age of 92. In the days since, those who knew him have reflected warmly on the man who eradicated polio in China by developing the “sugar-coated pill” vaccine.

Born in Shanghai in 1926, Gu lost his father at an early age, and his mother worked as a midwife to support the family. He studied hard in the hope of reducing her burden, passing the exam to attend Peking University Health Science Center in 1944. At his mother’s request, he studied there for six years before he fell under the influence of progressive teachers and decided to devote himself to public health. He said of the decision: “A doctor can save lives, but he can help millions by throwing himself into public health.” It was this thinking that led him to protect millions of children.

Polio was rampant in China in the 1950s, causing malformed limbs, muscular atrophy and even paralysis in children under the age of 7. At this time, Gu was transferred to the Academic of Military Medical Sciences, where he led a team researching the disease, collaborating with experts from the Soviet Union.

In 1955, U.S. virologist Jonas Salk finalized the first polio vaccine, which was “inactivated” (or a “killed” vaccine, which uses dead pathogens, unlike a “live” vaccine). But the U.S. had imposed a technology blockade on China at the time. In 1959, the Ministry of Health appointed Gu to lead a team to the Soviet Union where they could research Salk’s vaccine. During this period, American-Polish virologist Albert Sabin developed a “live” vaccine, which came to be regarded as safer and more reliable.

In 1959 Gu brought back a sample of Sabin’s vaccine, working with a team in Beijing to develop a first full batch of it. While it worked in clinical trials, it needed to be exposed to a test patient vulnerable to polio. Gu tested it on his own son, who was a few months old, as Gu knew he needed to demonstrate his confidence in it. Gu then led a team that build a new lab in Kunshan, Jiangsu province, that would mass-produce the vaccine, having to overcome myriad problems such as an insufficient power supply and unstable temperatures.

The original vaccine was in liquid form, which was both difficult to package and transport, and which also frightened children. This led Gu to develop the vaccine in the form of a more-palatable sugary pill in 1962.

Ensuring that the vaccine was introduced on a large enough scale to effectively block the disease’s transmission was Gu’s next major challenge. To this end, he developed a strategy of ensuring that 95% of the children under the age of 7 in a county were vaccinated in a seven-to-10-day period, to effectively establish an immunity barrier. The immunization program was constantly improved. When Sabin later visited China, he credited Gu with eradicating the disease in the country.

Gu became the deputy president of the Chinese Academy of Medical Sciences in 1978 and served as the president of Peking Union Medical College from 1984 to 1992. During his tenure, he also made significant progress in the prevention of esophageal, liver and lung cancers. He also promoted the tutor system for clinical interns and taught personally. He was also the first director of the China Society of Immunology and promoted the establishment of the China Alzheimer’s Association.

The World Health Organization declared the Western Pacific region (which includes China) polio-free in 2000. Gu signed his name at a ceremony at the release of a polio eradication report, marking one of the major achievements of his lifelong mission to help others.

Fan Ruiting is a librarian at the National Library of China.