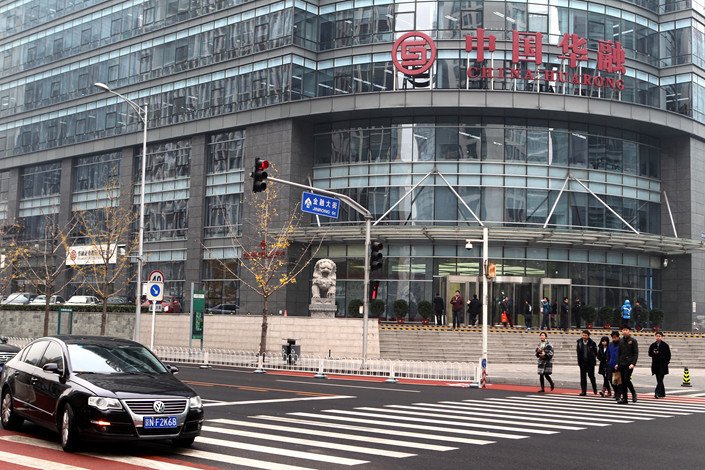 (Beijing) — An order has been issued for the arrest of four former executives of units of China Huarong Asset Management Co. Ltd., one of the country’s four state-run bad-asset disposal firms, prosecutors announced Tuesday.

The arrests were the latest action taken by the Communist Party’s corruption fighters since Huarong former boss Lai Xiaomin was officially arrested on corruption charges in November.

The statement did not provide details about the bribery cases.

Prosecutors said that the investigation has been completed and the cases have been transferred to prosecutors in the northern Chinese city of Tianjin for review. The No. 2 branch of the Tianjin People’s Procuratorate issued the arrest orders for Wang, Bai, Guo and Zhao, a standard procedure before indictment, according to the statement, which didn’t disclose the dates of the trials.

Tianjin courts have a track record of handling sensitive corruption cases of senior officials, which suggests that Lai and his former subordinates are likely to be treated as high-profile cases taken by the anti-corruption campaign. The ex-party boss of Chongqing, Sun Zhengcai, and the country’s ex-security chief, Zhou Yongkang, were both prosecuted and sentenced in Tianjin.

Wang, Bai and Guo came under investigation by the country’s top graft-buster in June, Caixin has learned. All three allegedly were deeply involved in Huarong’s deals on the Hong Kong stock market, which fell outside of Huarong’s core business of disposing of distressed assets. Caixin has learned. Among them, Wang had the highest rank among the four, while Bai played a key role in conducting the transactions.

Shares of more than a dozen of Hong Kong-listed, Huarong-linked companies have suffered sharp losses since last year, with some, such as Jiayuan International Group Ltd., tumbling by nearly 80% over the past few weeks.

The same overseas expansion could also be seen in Huarong Real Estate, which Wang used to be in charge of. In November, Fitch Ratings downgraded Huarong Real Estate’s long-term issuer default rating to A- from A, and added the company to its “negative watch” list.

Fitch downgraded the company because it expects Huarong Real Estate to refocus on its core business of distressed real estate asset development, the ratings agency said. That will require the company to reposition assets in its offshore financial investment business, which currently account for about 70% of its total assets. Fitch predicted that this will take time to complete.