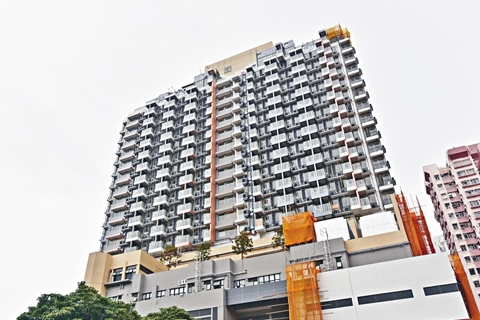 (Hong Kong) — A Hong Kong-listed property developer halted trading Tuesday afternoon after its shares took a roller coaster ride and lost more than 70% of their value in a few days.

Jiayuan International Group, one of the major residential complex developers in Hong Kong, said in a Tuesday filing that trading in its stock was halted “pending announcement clarifying recent media reports.”

The developer was rattled by speculation about debt defaults, negative news on its sales and potential business ties with the scandal-plagued bad loan manager China Huarong Asset Management Co. Jiayuan was among a number of Hong Kong-listed companies that were hit by a wave of selling last week, wiping out HK$37.4 billion ($4.8 billion) in market value.

The trading halt came after Jiayuan’s shares fell 22.6% Tuesday to HK$3.70, extending losses from last week’s rout. Jiayuan’s stock plunged without warning Thursday afternoon, losing nearly 90% of the company’s market cap in about two hours. Despite a rebound the following day, the company finished the week at HK$4.40, down from HK$13.26 at the Wednesday close.

Jiayuan’s slump Thursday coincided with a massive sell-off led by its chairman and controlling shareholder, Shum Tin Ching, and his wife. The couple sold a combined 93.62 million Jiayuan shares Thursday, equivalent to 26% of the company’s total transactions that day. The shares were sold at an average price of HK$2.70, according to a Monday filing with the Hong Kong exchange.

It is unclear whether other Jiayuan shareholders faced margin calls as the stock declined, according to the company.

According to a Jiayuan statement in June 2017, Shum pledged 600 million of the shares he owned, or 27.03% of the company’s stock, for loans from CCB International.

At the meeting, Shum blamed “malicious” short sellers and misleading reports for the share plunge.

Jiayuan was rumored to default on $350 million of loans. But the company said in a filing late Thursday that it repaid a $350 million U.S. bond maturing that day and its “business operation and financial condition remain normal.”

Jiayuan’s shares rebounded 74.6% Friday following the statement and gained a further 8.64% on Monday before the 22.6% plunge by midday Tuesday.

The developer is also under market scrutiny for its business links with Huarong, whose former Chairman Lai Xiaomin was arrested in November on a range of charges including taking bribes and embezzlement.

In June 2017, Huarong International Securities Ltd., a Hong Kong unit of Huarong, was one of the agents facilitating Jiayuan’s private share placement. The placement marked the start of Jiayuan’s share price surge until last week’s crash.

A person close to the matter told Caixin that Huarong has listed Jiayuan as one of the enterprises to which Huarong pledged major support. Public documents indicated that another company wholly owned by Shum has business links with multiple Huarong-affiliated firms.

Speculation on ties with embattled Huarong has previously caused market fluctuations in Hong Kong. In October, a number of stocks dipped in Hong Kong after an activist investor linked them to a complex web of financial dealings surrounding Huarong, although no company was formally charged with any offense.

Caixin learned that several companies hit by last week’s rout also have been involved in business with Huarong.

Zhuo Xiaonan, chief executive officer of Jiayuan, denied a link between the company’s share plunge and its Huarong ties. But Zhuo said it is possible that Shum and his personally controlled companies have business cooperation with Huarong.