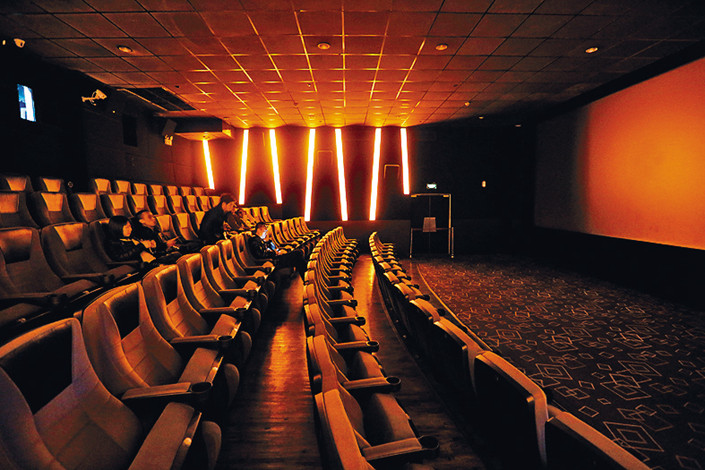 A new partnership between Alibaba Pictures Group Ltd. and Huayi Bros. Media Corp. will see the pair make 10 cinema films together over the next five years. Photo: IC

The film unit of e-commerce giant Alibaba Group Holding Ltd. has signed a co-production deal with one of China’s leading independent filmmakers — the latest of a growing string of high-profile tie-ups as it tries to claw its way back to profitability.

The deal will see Alibaba Pictures Group Ltd. team up with Huayi Bros. Media Corp. to make movies, TV shows and other filmed entertainment products in which Huayi plays the “decisive and leading role,” according to a stock exchange announcement by Alibaba Pictures on Wednesday. Alibaba will help to distribute such co-productions, and will also get priority for the receipt of online rights.

The partnership will see the pair aim to make 10 cinema films over the next five years. As part of the deal, Alibaba Pictures will also make a 700 million yuan ($103 million) loan available to Huayi over the five-year duration of the agreement. Alibaba Pictures added the agreement is part of its previously announced Jin-Cheng Co-production Project aimed at making high-quality films over the next five years.

“The company believes that this cooperation with Huayi Bros. will promote the Jin-Cheng Co-production Project in the coming five years, enhance the linkage among upstream and downstream partners in the film industry production chain, reach an even greater audience, create a set of further diversified business opportunities and thereby achieve the goal of enhancing shareholder value,” Alibaba Pictures said.

Shares of Shenzhen-listed Huayi Bros. rallied on the news, and were up about 7% late in the trading day. Alibaba Pictures’ stock was unchanged.

The deal comes just over a month after parent Alibaba Group Holding boosted its stake in the struggling film unit to just over 50%. The e-commerce giant made the move four years after buying a major stake in ChinaVision, which it later renamed Alibaba Pictures.

Just months after the purchase, Alibaba announced it had discovered unspecified financial irregularities in the newly renamed Alibaba Pictures. The company’s financial reports have also been weak, including its latest report that showed it posted an operating loss of 423 million yuan for the six months through Sept. 30, roughly the same as a year earlier, even as its revenue rose nearly 30% to 1.5 billion yuan over the same period.

In a bid to right its ship, Alibaba Pictures has formed a number of major strategic partnerships in the last three years, mostly co-production deals with other big names. One of the earliest in 2016 saw the company form a tie-up with Steven Spielberg, which included the purchase of a stake in the celebrity director’s Amblin Partners. Alibaba Pictures also invested in “Mission: Impossible — Rogue Nation,” and last week it announced its purchase of a stake in the production house of celebrity novelist and blogger Han Han.