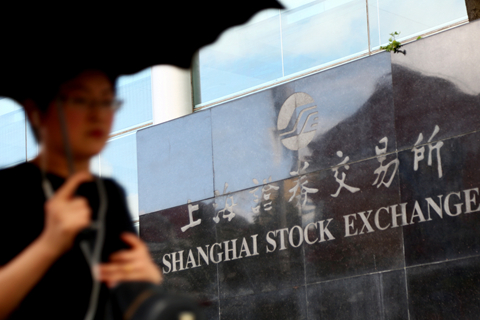 Top policy makers approved a plan to launch a high-tech board to cater to tech startups. Photo：VCG

China approved a plan to set up a Nasdaq-like board for high-tech companies in Shanghai in a step toward carrying out a long-expected reform of initial public offerings and toward broadening access to capital for technology companies.

A Wednesday meeting of the Central Committee for Deepening Overall Reform, chaired by President Xi Jinping, approved the government’s plan to set up the so-called science and technology innovation board at the Shanghai stock exchange, the official Xinhua News Agency reported.

The meeting also gave a green light to a plan to launch a trial to test a long-discussed IPO mechanism based on a registration system for the new board rather than regulatory approval.

The moves are key measures to encourage innovation and deepen capital market reform, according to a statement (Link in Chinese) published by Xinhua after the meeting. The capital market should be more inclusive for technology startups and support innovation, the statement said.

CICC said it expects the new board for the first time to allow pre-profit tech startups and companies with weighted voting rights to list. The new board may also relax current daily trading limits applied on China’s main boards, CICC said.

CICC predicted the first batch of listings on the high-tech board will kick off in the first half this year, with total listing of 150 companies by the end of the year. CICC said in the report that the companies listed on the new board this year are expected to raise between 50 billion yuan and 100 billion yuan ($7.35 billion to $14.70 billion).

Xi proposed the new high-tech board in November as part of broader efforts to encourage innovation, a key plank of government policy.

Officials of the Shanghai government said Tuesday that they have approached a “handful” of potential IPO candidates in preparation for the launch of the board.

A policy circular seen by Caixin earlier this month showed that companies need to meet four requirements to win a brokerage recommendation to list on the high-tech board. They must own the intellectual property rights of their products so that the use of the relevant technology will not be restricted by an international technology boycott; the relevant technology must be the company’s main driver of income growth; the company must have a mature research and development system and team; and the company must have a mature business model.

No detailed rules regarding the high-tech board have been released. But the market has expected that the new board will relax requirements for candidate companies such as profitability. Currently companies need to have a three-year track record of profitability to be listed on Shanghai’s main board.

People are also debating whether the new board will allow companies to maintain complicated legal structures called variable-interest entities (VIEs).

VIE structures have been adopted by many Chinese tech companies such as Alibaba Group Holding Ltd. and Tencent Holdings as they sought to raise funds abroad through share listings. The structures are designed to get around China’s rules restricting foreign investment and ownership in certain sectors including internet businesses and value-added telecommunications services. Companies with such structures are shut out of China’s stock market because they are seen as foreign enterprises.

But to be listed on the ChiNext, enterprises must show a profit in the two most recent years, with accumulated profits of no less than 10 million yuan.