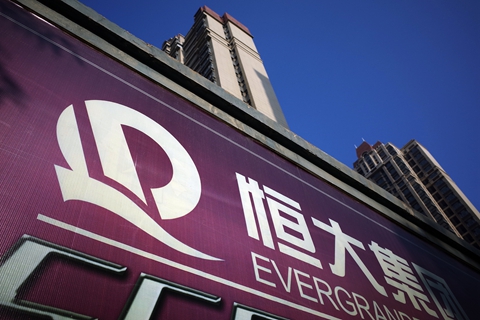 China Evergrande Group, one of China’s largest property developers, borrowed $3 billion through the sale of offshore bonds to ease capital pressure amid efforts to reduce debt, the company said Wednesday.

Evergrande said proceeds will be mainly used to redeem existing bonds and supplement operational spending. The bond issues were in three tranches with maturities ranging from one to three years. Yields will be between 6.25% and 8.25%.

China’s third-largest property developer by sales, the company is also one of the industry’s most indebted. Evergrande has stepped up bond issuance in recent months to ease short-term funding pressures as it seeks to cut its huge debt pile.

In late October, Evergrande sold $1.8 billion of bonds with yields as high as 13.75%, a record in the Hong Kong market.

The latest bond sales will improve Evergrande’s liquidity in the short term as the company holds a large amount of entrusted and trust loans, which often have short maturities, rating firm S&P Global Ratings said Tuesday.

S&P noted that Evergrande’s liquidity can only “marginally” cover its needs for the next 12 months.

Evergrande’s debt-driven business expansion has led international rating agencies to give it “B” ratings or lower, in junk-rated territory. Since 2017, the company has embarked on a campaign to cut liabilities, leverage and costs.

Fitch Ratings said in a Tuesday reported that in the first six months of 2018, Evergrande cut its total debt by 60 billion yuan.

As part of Evergrande’s business restructuring, the company has stepped up efforts to tap into the new-energy vehicle business for a strategic transition. Last week, Evergrande announced a plan to pay $930 million for 51% of National Electric Vehicle Sweden AB (NEVS), a Swedish electric carmaker.

But S&P warned that although the investment won’t put much pressure on Evergrande’s liquidity, the company may face operational risks in the highly competitive electric vehicle sector.