Opinion: China Needs to Ease Up on Deleveraging 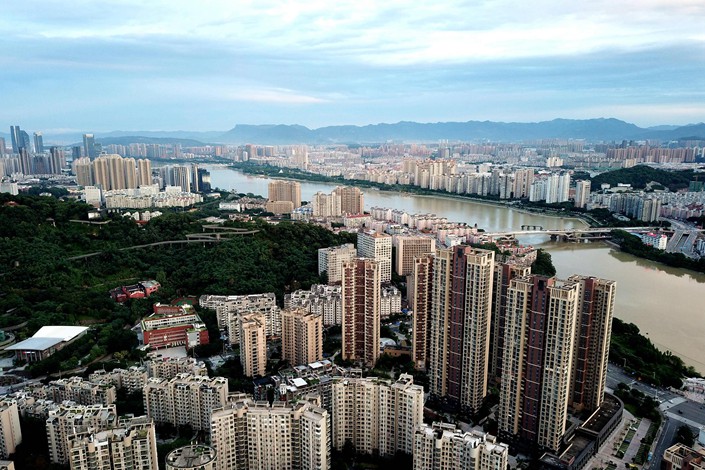 It is reasonable for China’s domestic debt to rise in the post-crisis era. It’s also sustainable. China’s savings rate stands about 40%, twice the world’s average.

Because China’s financial system is — and will remain — dominated by debt-based financing for a time, transforming savings into investment will inevitably result in more debt.

The ideal way to cut China’s domestic debt burden — which has grown drastically since the financial crisis — is to improve income distribution, boost household spending and reduce savings. But boosting consumer spending takes time, so the economy must continue to rely on investment to drive aggregate demand for a while yet. China’s fixed-asset investment is primarily composed of three parts. Infrastructure investment and real estate investment each account for about a quarter, and manufacturing investment accounts for about a third. Among them, manufacturing investment is production-oriented. In contrast, infrastructure and real estate investment can be categorized as consumption-oriented investments.

At a moment when it is difficult to make substantial progress in transforming the economy into a one driven by consumption, it is reasonable to rely on consumption-oriented investment to boost aggregate demand. We should not decide arbitrarily that the rising debt burden is unsustainable, nor should we create policies that blindly crack down on infrastructure and real estate investments.

The excessive deleveraging policies of the past two years have come with adverse side effects. They have made it difficult to finance the real economy, a situation that has put significant pressure on economic growth. Under the deleveraging campaign, financing for infrastructure and real estate investments has grown harder to come by. In the financial sector, new regulations, particularly those covering asset management, have led to a contraction in nonstandard financing, blocking a major financing channel for the real economy. In 2018, growth in nonstandard financing fell to an all-time low. Although bank credit continued to grow at its usual pace, new total social financing (TSF), a broad measure of credit in the economy that includes many types of nonstandard financing, shrank significantly. In 2018, new TSF was 3 trillion yuan ($441 billion) less than in 2017.

As a result, the flow of money into the real economy has hit an obstruction. The transmission of monetary policy takes two paths. One is through the central bank, which determines the amount of liquidity in the financial market. The other is the broad money supply derived through TSF, which determines the amount of liquidity in the real economy. Since 2018, the central bank has adopted a more proactive monetary policy and increased overall liquidity. The average daily trading value on the interbank market has risen, indicating that there is sufficient liquidity on the interbank market. However, as a result of the deleveraging campaign, regulations on the property sector and new asset-management rules, the money in the financial market has been unable to flow smoothly to the real economy. That has left China in a situation where financing remains difficult to obtain despite ample liquidity in the financial market. A similar situation occurred in 2014 and 2015, causing an enormous stock market bubble — followed by a stock market crash — that had a huge impact on the financial market.

The obstruction in the flow of money has put great pressure on economic growth while pushing up the prices of financial assets. The growth rates of both infrastructure investment and real estate investment (after deducting land purchase fees from the latter) plunged in 2018, dragging on economic growth. At the same time, the deflationary pressure on the producer price index has returned. As the real value of debt increases during deflation, there is growing risk that China will experience debt deflation.