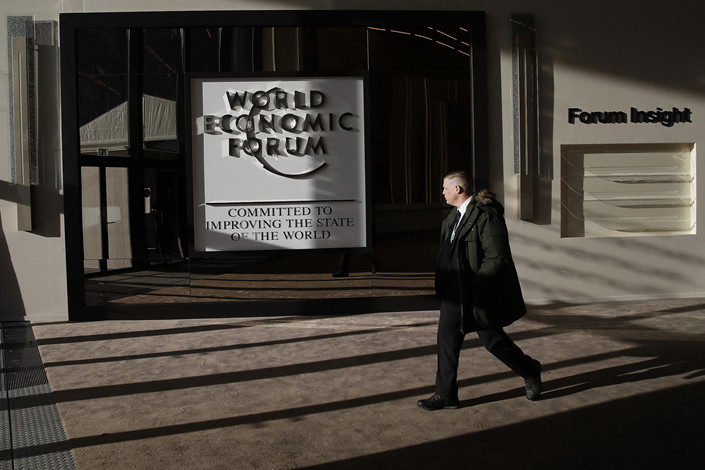 The unfavorable state of the global economy cast a shadow as the “Winter Davos 2019” forum opened last week. Behind the statistics and data lay the greater risks of unilateralism, protectionism, and populism, and the rise of anti-globalization sentiment. In this context, the forum’s theme, “Globalization 4.0: Shaping a Global Architecture in the Age of the Fourth Industrial Revolution,” is both more urgent and more arduous. At this critical moment, Wang Qishan, vice president and representative of the Chinese government at the forum, said in his keynote speech: “Today, China’s interests and future are closely linked to those of the world. While developing itself, China also wishes to work with all countries for common development and a community with a shared future for mankind.” Only with this vision and foresight can we have a firm direction, clear thinking and correct path to deal with internal and external challenges.

Wang’s speech began with two questions: What has made it possible for China to achieve so much in development and progress? And how will a stronger China engage with the rest of the world? This expresses China’s attitude toward globalization. Constructing a “community with a shared future for mankind” provides solutions to the challenges facing human society. To this end, we must maintain the bottom line of human security; balance the interests of all countries, especially the interests of emerging market countries and developing countries; respect the sovereignty of all countries and refrain from hegemony; adhere to multilateralism and build a new framework of peaceful, safe, democratic, transparent and inclusive technical rules and an international cooperation framework; safeguard social fairness and justice and ensure technological innovation occurs in accordance with the law; and ensure that recognized international norms are based on serving humankind and are in line with human values.

The concept of “community with a shared future for mankind” first appeared in the work report to the 18th National Congress of the Communist Party of China in 2012. It came up again in 2015, when President Xi Jinping said in a speech to the United Nations General Assembly that the future and destiny of every nation and country are closely linked in today’s globalized world, and therefore all share honor and disgrace, and must stand together through storm and stress. This is not just diplomatic rhetoric, but a Chinese plan for dealing with the challenges facing current human society.

The current global economic situation is not as critical as during the outbreak of the international financial crisis. Nevertheless, the spirit of weathering hardships that was formed in the short time after the crisis has now disappeared. It has now become normal to build fences and shift blame onto one’s neighbors. The argument for “decoupling” developed, and developing economic systems is also gaining popularity. At this time, China’s position is crucial. The great achievements of reform and opening-up are largely due to the Chinese government’s adherence to the direction of building a “community with a shared future for mankind.” Such achievements also lay a solid material foundation for further building this community and provides some preliminary “soft power.” As the world’s second-largest economy, the largest industrial country and the largest trading country in terms of goods, China’s dedication to the concept of “community with a shared future for mankind” can become the pillar for global solidarity and responding to challenges.

As stated in the theme of the Davos forum, building a global architecture in the era of the Fourth Industrial Revolution is an urgent problem that must be solved. Huawei and other Chinese enterprises have recently encountered a series of international blockades, which have caused anxiety at the Davos forum: Is such technological containment a short-term change or a long-term change? Undoubtedly, all countries should strive for a bright, common future, and China should assume the position of a “responsible shareholder.” In the current high-tech field characterized by data and talent flow, “decoupling” is ultimately not feasible, and heavy-handedness in the short term will inevitably hinder long-term technological progress and damage human well-being.

In his speech, Wang pointed out that “every major breakthrough in scientific discovery and technological innovation has greatly boosted human development and progress,” but that “such breakthroughs challenge the existing rules and order.” The economic and social management and global economic governance within each country need to be adjusted accordingly. The traditional economic supervision system cannot meet the needs of the prosperous platform economy. The development of financial science and technology also means that financial risks spill over national boundaries. The Fourth Industrial Revolution will certainly bring about changes in economic and social structures and reshape the values of the younger generation. The modernization of the state governance system and governance capacity must face up to and answer these questions.

In order to solve the problems arising from economic globalization and to build a “community with a shared future for mankind,” we must first be sure that everyone is doing their own thing well. Shifting blame onto others will not help solve the problem — this is true for all countries. China has deepened its reform and opening-up in an all-around way, made progress in structural supply-side reform, and vigorously developed emerging industries such as the digital economy. However, the problem of unbalanced development is still quite prominent. Chinese governments at all levels are having a lot of trouble managing major risks, and maintaining stable, sustained and healthy economic development. They should be aware of such risks and should take appropriate measures to remedy the problem and complete the reform task laid out at the Third Plenary Session of the 18th Central Committee of the Communist Party of China as soon as possible.

The construction of “community with a shared future for mankind” should become an international consensus but must first be a domestic consensus. Chinese leaders have repeatedly stated their positions at international events, demonstrating their great sincerity for win-win cooperation. However, some people in China have not fully understood and recognized this important concept. In some media, narrow nationalist sentiment is rampant, often resorting to Cold War thinking and designating enemies. This obviously deviates from the concept of “community with a shared future for mankind” and will inevitably affect the Chinese government’s ability to deepen reform and expand the implementation of opening-up initiatives domestically, but will also diminish its persuasion and influence in the international community. This disadvantageous situation urgently needs the guidance of public opinion, and relevant departments should assume their due responsibilities with sufficient energy.

In his speech, Wang recalled some Chinese contemporary history, pointing out that “four to five generations of us Chinese have, going through twists and turns, probed a way forward. Through trials and errors, with many lessons learned and heavy prices paid along the way, we have made great accomplishments and embarked upon a path of building socialism with distinctive Chinese characteristics.” Without reform and opening-up, the concept of “community with a shared future for mankind” would be impossible to put forward. The speech promised that “we will further improve and enrich socialism with distinctive Chinese characteristics through reform and opening-up.” Obviously, the direction of improvement and development should also be consistent with the construction of a “community with a shared future for mankind.” China’s principles and policies will stand the test of creating “common values of the whole mankind.”