Opinion: To Aid the Private Sector, Financial Policymakers Need to Get Money Flowing 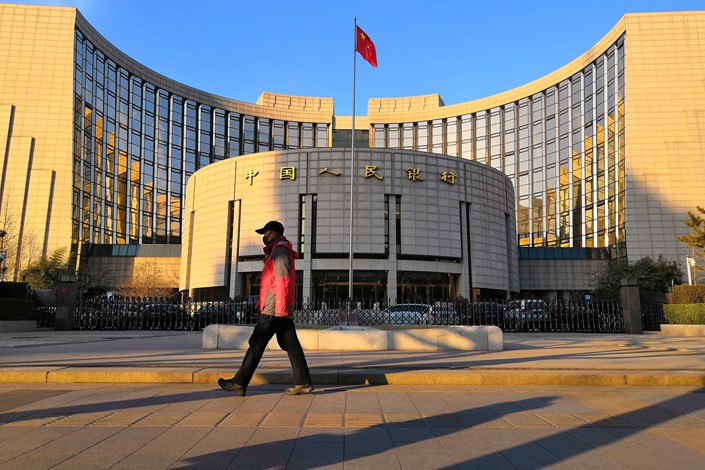 The People's Bank of China's headquarters in Beijing. Photo: VCG

If China’s policymakers want to bolster the country’s struggling private sector, they’ll need to fix the inefficiencies that have prevented monetary policy from being as effective as it could be.

The People’s Bank of China (PBOC) recently stated that the core of the monetary policy transmission mechanism is the commercial banks. However, the banks are constrained by liquidity, capital and interest rates.

To ease these constraints, the central bank has released liquidity into the banking system through open market operations, the medium-term lending facility (MLF) and cuts to banks’ reserve requirement ratios. Moreover, it has created new monetary policy tools, including the targeted MLF and central bank bill swaps, to ensure sufficient liquidity.

However, the problem is that all this additional credit that policymakers are trying to get to the private sector isn’t getting to the private sector. As a result, credit hasn’t expanded significantly under the policy stimulus. Last year, new loans borrowed by governments, nonfinancial corporations, individuals and the nonbanking sector reached 18.5 trillion yuan ($2.73 trillion), down almost 40% from a peak of 30 trillion yuan from mid-2015 to mid-2016.

The policymakers want monetary policy to improve the structure of the economy, but that is beyond the scope of monetary policy, which is essentially designed to fix quantitative issues rather than structural ones.

This malfunction in the transmission mechanism of monetary policy has existed for a while. Back in early 2014, the PBOC started emphasizing the importance of what it called “dredging the transmission mechanism” after commercial banks experienced a credit crunch the year before. Since then, the financial market has grown used to instability, while the PBOC has frequently created policy tools to counter the issue. Despite its efforts, credit hasn’t flowed as well as the central bank has liked.

This implies that the conventional monetary policy transmission mechanism has been unable to adapt to changes to the financial system, and points to conflicts in China’s economy.

With rigid goals of economic growth, the social financing structure has undergone tremendous changes: On the one hand, those sectors that are not market oriented and are under softer constraints have grown in an irrational manner. On the other hand, financial institutions have rapidly expanded off-balance-sheet lending under the influence of factors such as profitability goals and assessment criteria. This has led to a continuous decline in the efficiency of social financing: A large amount of money has gotten stuck in the financial system, allowing systemic risks to accumulate.

Policymakers have the motivation to eliminate such risks to avoid a bigger crisis. Tighter financial regulations have led to changes in market expectations and capital flows, as well as the financing difficulties that the private sector has faced. But it’s not the major cause of the difficulties.

In general, the poor transmission of monetary policy is mainly due to low economic efficiency. The PBOC can’t solve the problem unless money flows more efficiently.

Zhang Tao is a researcher at China Construction Bank Corp.