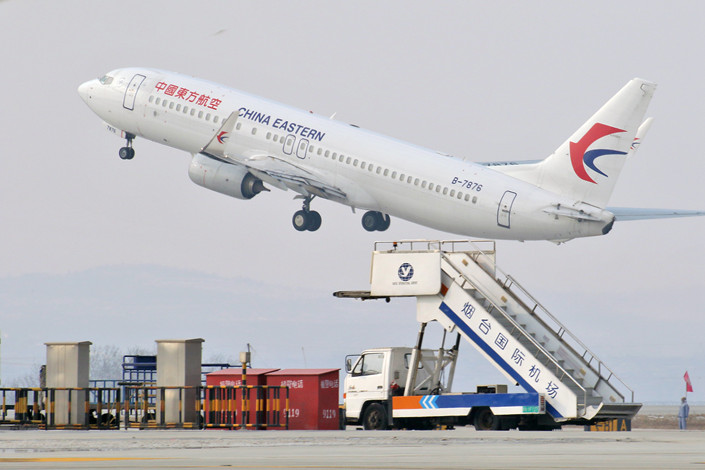 Investment bank China International Capital Corp. (CICC) is acting as an advisor for the listing of Eastern Air Logistics, a unit of China Eastern Air Holding Co., according to a notice (link in Chinese) published by the Shanghai bureau of the securities regulator.

CICC will examine the unit’s ownership structure, assets and future business goals to ensure that they are in line with related regulatory policies, according to a document (link in Chinese) released by the bank.

A specific timetable for the listing has not been announced but Chinese financial news outlet Yicai reported the application process will probably be completed this year. Caixin previously reported (link in Chinese) that the unit would go public as soon as 2020.

This development follows a deal in June 2017, when China Eastern Air Holding said it would sell a 45% stake in the cargo unit to four outside investors. Among the four new investors, Legend Holdings Corp. — parent of personal computer giant Lenovo Group Ltd. — was the largest stakeholder with a 25% share.

Singaporean warehouse operator Global Logistic Properties Ltd. was the next-largest with a 10% stake. Greenland Financial Holdings Group and logistics operator Deppon Logistics Co. Ltd., both based in China Eastern’s hometown of Shanghai, each had 5%.

Mixed-ownership reform brings private investment into big state-owned enterprises with the hope of making the latter more market-oriented and also providing them with strategic resources.

In 2017, Eastern Air Logistics recorded a profit of 923 million yuan ($136 million), up 72.8% year-on-year, on revenue of 7.75 billion yuan, according to figures provided by an executive assistant at the company late last year. For the first three quarters of last year, the unit’s profit and revenue were up 11.86% and 42.91%, respectively.