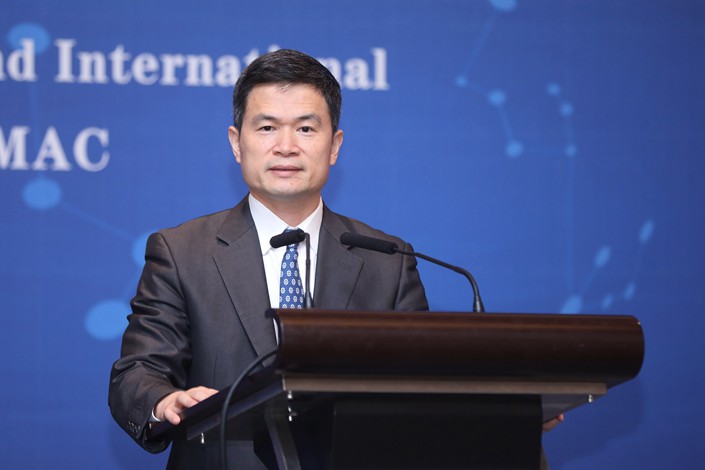 A senior securities regulator waded back into the capital market reform debate on Saturday when he defended a plan to scrap the first-day trading cap on Chinese stocks.

Speaking at an economics forum in Beijing, China Securities Regulatory Commission (CSRC) Vice Chairman Fang Xinghai responded to controversy over his proposal last month to remove controls on how high the price of a stock can rise on the day of its initial public offering (IPO). Fang said then that the restriction, which prevents a stock rising more than 44% on its debut, can create “illusionary and unreasonable” prices on thin trading volumes.

The senior official has faced criticism both from those who argue the plan does not go far enough to boost retail investor sentiment, and from those who believe the regulator should instead put its energy into greater challenges like building a healthy delisting channel and reforming the price mechanism of IPOs.

But Fang framed the move as a good first step in capital market reforms which could be extended to IPO pricing reform in the future. He said first scrapping the cap would offer a strong indication of how the secondary market will react — and whether it will return to equilibrium.

He added that trading rules are easier to implement than surgery on the IPO pricing mechanism.

The 44% cap was introduced in July 2014 to limit speculation. But alongside an unwritten rule that most new shares cannot be priced higher than 23 times a company’s earnings, it prevents companies from raising as much as they might be able to in an IPO, and means listed stocks tend to shoot up in their first few days of trading.

Fang said his research shows the cap actually amplifies investor hype over new stocks, pushing the price of new shares higher than they should be under a purely market-oriented system, amplifying price distortions, and resulting in low long-term returns on new shares.

Many who back his proposal argue it should be coupled with scrapping another speculation curb, the so-called T+1 trading mechanism, in which stock trading settlement occurs the day after trading. They say doing so would boost retail investor sentiment.

Meanwhile opponents argue that reform should not focus on removing the pricing cap, but on creating a more effective delisting channel and on IPO price reform.

Fang was addressing the Chinese Economists 50 Forum, an annual meeting which includes high-level government officials and advisers. He joined the forum this year.